Motto of rich S'poreans: Save and invest 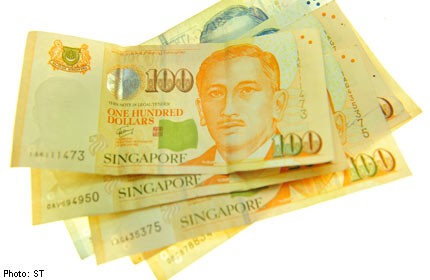 Uncle Scrooge would be proud of Singapore's rich as they are reportedly more likely to save or invest their wealth than spend it on a lavish lifestyle or a flashy car. Their family members may, however, have less to cheer about as more of the rich here also prefer to donate most of their wealth rather than pass it on to their heirs.

Saving and investing were cited as the most popular use of wealth by Singapore-based respondents, according to the latest report in the Barclays Wealth Insights series. Almost two-thirds of respondents in Singapore (61 per cent) selected saving and investing as the top option of how they utilise their wealth, the report noted.

Singapore's wealthy is among the thriftiest in the world, coming in behind only Hong Kong (66 per cent) and Japan (62). Generally, there were high levels of savings in most markets in Asia, particularly East Asia, with as many as 58 per cent of the rich in China also opting for saving and investing as the main use of their wealth.

Although spending on lifestyle and experiences such as travel and social activities ranks as the second preferred option for Singapore's wealthy, it was far less popular than saving and investing as only 16 per cent of the respondents here indicated so. This also reflected that the rich in the Republic were more modest and conservative than their counterparts in the region as Singapore ranked within the bottom two in the Asia-Pacific region, together with Hong Kong, where only 10 per cent of respondents say they use their wealth for lifestyle and experiences, and third lowest globally with the UAE also scoring 15 per cent. This was in stark contrast to the new rich in India and China, where 43 per cent and 31 per cent respectively spend their wealth on lifestyle options.

Only 7 per cent of the rich in Singapore said they spent their money on tangible purchases such as cars and collectibles. Comparatively, Qatar (20 per cent) had the highest proportion of high net worth individuals (HNWIs) spending their wealth on tangible purchases, followed by India (17) and Monaco (12).

Based on a global survey of more than 2,000 high net worth individuals comprising entrepreneurs, business leaders and investors, the report, "Origins and Legacy: The Changing Order of Wealth Creation", provides an in-depth study into how wealth is now being made, spent and shared across the world.

In Singapore, for instance, the wealthy seem more magnanimous as personal fulfilment figures prominently in the plans they have for their estates rather than having an obligation of passing their accumulated wealth on to their families. As many as 14 per cent of the respondents plan to pass on or give a majority of their assets to family, friends and charity during their lifetime while more than the 13 per cent prefer to pass on the majority of their assets as inheritance.

More than half of them, at 52 per cent and 51 per cent respectively, indicate that they gave their wealth to charitable causes because of personal fulfilment or because it gives their life a meaning or sense of purpose. Almost as many, at 49 per cent, said they chose to give to charity out of a sense of duty or responsibility towards the less privileged.

Many HNWIs around the world now prefer to give their money to family and friends and charitable causes in their lifetime rather than as inheritance, seeing their wealth as an "enabler". The trend is especially prevalent in emerging markets. Qatar has the highest proportion of their wealthy, 42 per cent to be exact, planning to give their entire wealth away to family, friends and charity during their lifetime, while only 4 per cent in this market who would prefer to do so as an inheritance.

Respondents in the report were those with more than US$1.5 million (or equivalent) in total net worth. The interviews took place in the first half of this year.