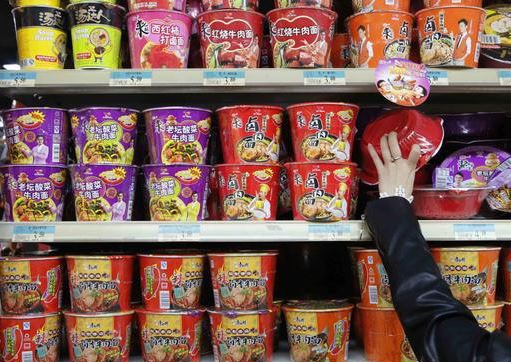 Concerns of spiking corporate leverage and capital flight have seen sentiment towards emerging markets (EMs) spiral downwards, but one unlikely indicator serves as a timely reminder of the sector's strong fundamentals.

The flavour enhancer monosodium L-glutamate, commonly known as MSG, is enjoying solid demand thanks to the growing appetites of emerging economies, according to new analysis from research house IHS.

MSG produces a savory taste known as umami and is often used in foods ranging from instant noodles to condiments. MSG also occurs naturally in items like tomatoes, cheeses, truffles and soybeans.

Global demand for the chemical could hit 4 million metric tons (MMT) by 2019, up from 3 MMT in 2014, an annual growth rate of nearly 4 per cent, IHS predicts. The catalyst? Rising MSG use in Thailand, Indonesia, Vietnam, China, Brazil and Nigeria on the back of higher incomes and the movement of more women into the workforce.

"These factors, as well as improvements in living standards and expansion of the middle class, are big factors driving MSG consumption growth. Busier lifestyles, increased urbanization and changes in dietary patterns are driving greater demand for convenience foods, snacks and seasonings, which, in turn, will stimulate MSG consumption in these countries," the IHS report said.

Like fast food, which has long been considered a proxy for emerging markets growth because it reflects a prosperous, brand conscious middle-class that is shifting away from home cooking, MSG use provides valuable, wider insights.

"It's considered an affordable luxury," said Marifaith Hackett, senior manager of the food and nutrition service at IHS Chemical. She added that MSG is categorised as a mature product, rather than a basic necessity.

The report follows findings by Credit Suisse last month that global fat consumption was on the rise as the world eats more cholesterol-rich and pricier foods including red meat, which indicates higher purchasing power.

"Total demand for fat will increase at a much faster pace, 43 per cent by 2030 or 1.9 per cent annually, given the continued growth of the global population," Credit Suisse said. "The winners will be eggs, dairy, red meat and fish ... We believe that consumers are at a turning point and this has distinct implications for investors," namely, higher per capita wealth in developing countries and evolving consumer buying patterns; information that could be used to direct investments in assets from consumer stocks to property.

The DM vs EM divide

In 2014 world demand for MSG was valued around US$4.5 billion (S$6.4 billion), with Asia responsible for 88 per cent of global consumption, IHS noted. China is the world's largest producer, consumer and exporter of the chemical, accounting for 55 per cent of total demand last year.

The limited consumption of MSG in Europe and North America reflected contrasting cultural views over the product, IHS said. "The attitudes regarding its use are very different depending upon which socioeconomic groups or cultures are being polled. It is as interesting dynamic - there is a very strong East/West divide," Hackett noted.

Indeed, use of the food additive is controversial in the West due to the belief it causes adverse symptoms such as headaches and chest pain. The US Food and Drug Administration (FDA), however, classifies MSG as "generally recognised as safe" at normal levels of consumption.

"The increased consumer interest in foods that contain no artificial ingredients (such as added MSG) is expected to suppress the growth of MSG consumption in the US and Canada," according to IHS.

"In Mexico, taxes on high-calorie packaged foods (junk food), widespread concerns about obesity, and the growing interest in healthier eating habits have lowered demand for some MSG-containing foods, reducing MSG consumption as a consequence."

MSG as a commercial product was first invented in Japan in the early 1900s by Professor Kikunae Ikeda with the goal of making bland, nutritious food tastier.