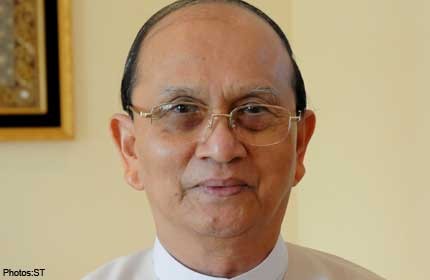 Harsh action will be taken against those fuelling hatred between different religions said President Thein Sein on July 2 in a radio broadcast.

"A particular group in the country is misusing our noble beliefs as a stepping stone to extremist acts and fuelling tensions between different faiths.

"Such groups are taking advantage of the political and economic situation in our country which has resulted in riots and created greater insecurity and concerns for Myanmar citizens working abroad," he said.

Thein Sein did not mention which groups in particular he was referring to but gave a stern warning to anyone instigating violence in Myanmar.

"Severe actions must be taken against those instigating hatred in the country in accordance with the law. Concerted efforts must be escalated in the prevention of further possible violence," he said.

He expressed his dismay over attacks on Myanmar citizens working in Malaysia and promised to increase the capacity of Myanmar embassies to be able to protect nationals living abroad.

He also discussed TIME magazine's July cover story saying that it had caused much public anguish and urged international media to respect delicate balances needed to carry out reforms.

"We are now working to restore freedom of expression. Freedom of the press should be practiced in light of the prevailing delicate political dynamics and for a constructive purpose. I would like to urge the international media to consider that our reform process must contend with our multicultural makeup and history," said the president.