NBA-Accolades pour in for Lakers' Bryant 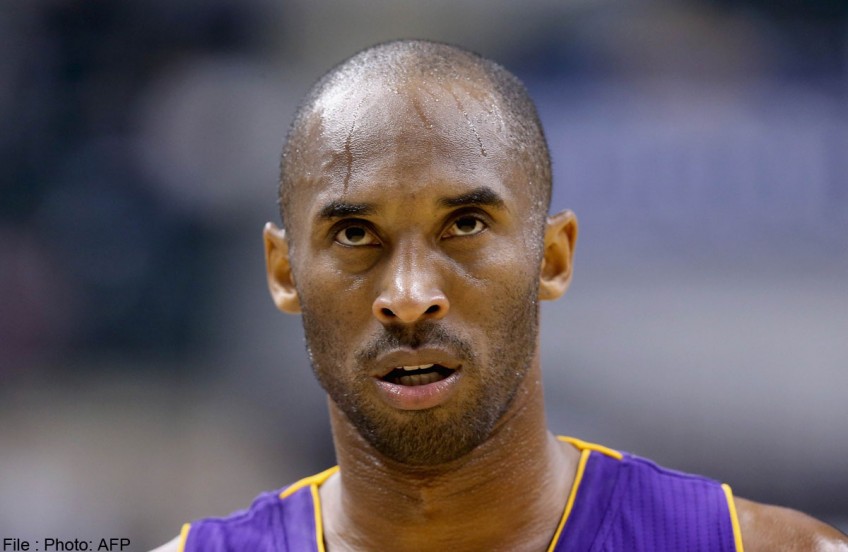 LOS ANGELES - Los Angeles Lakers shooting guard Kobe Bryant has often been a polarizing figure during his illustrious NBA career, criticised by some for being too selfish and not doing enough as a facilitator for his team mates.

For his peers, however, Bryant is simply a winner and will do whatever it takes to instill a winning mindset, even though this season has been especially challenging for an injury-hit team decidedly low in overall quality.

While the Lakers have stuttered to a dismal 8-17 record and languish 13th in the 15-team Western Conference standings, Bryant has flourished and averages 25.2 points, five rebounds and 4.8 assists per game.

Five days ago against the Minnesota Timberwolves, Bryant eclipsed basketball great Michael Jordan as he moved into third place in the all-time NBA scoring list and the accolades have since poured in from all quarters.

"It means everything because those are my peers so to have the respect from them is really what the game is all about," Bryant, 36, told reporters while preparing for Friday's home game against Durant and the Oklahoma City Thunder.

"As players, we play for each other. We play to have respect from one another so to hear those comments from your peers, it means a lot."

Bryant, who has made a living by making the seemingly impossible possible for the Lakers, scored 26 points against Minnesota to lift his career total to 32,310. Only Kareem Abdul-Jabbar (38,387) and Karl Malone (36,928) are ahead of him.

Jordan himself paid tribute to Bryant for reaching the milestone and pondered what his long-time protege might achieve before he retires from the game. "He's obviously a great player, with a strong work ethic and has an equally strong passion for the game of basketball," Jordan said of Bryant.

Bryant, who has won five NBA championship rings during his Lakers career, acknowledged his debt to Jordan. "He's helped me out a great deal," said Bryant. "I'd reach out to him, he'd hit me right back. He continues to be helpful to me today."