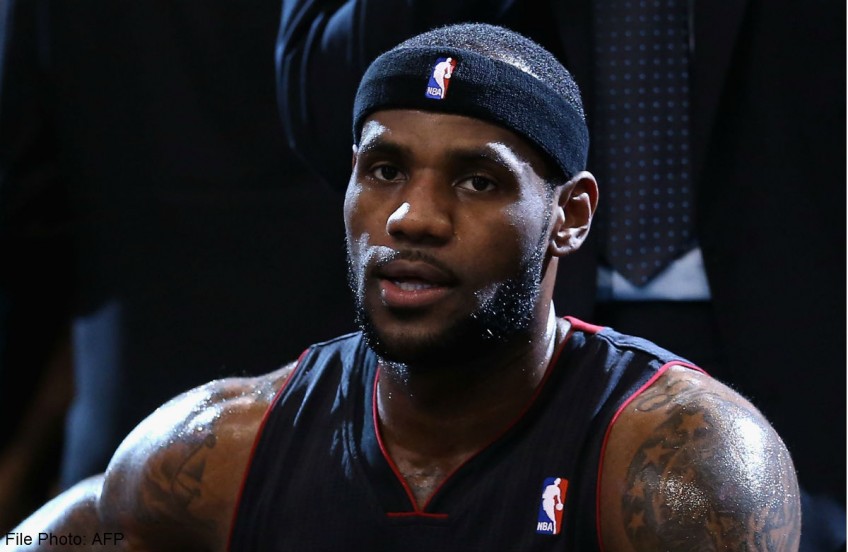 TAIPEI, Taiwan - National Basketball Association (NBA) superstar LeBron James will meet his fans in Kaohsiung at 3:30 p.m. today as part of his tour of Asia.

According to local reports, James, the Cleveland Cavaliers' star, will show up at Fengshan Stadium at 5 p.m. today to participate in a basketball camp and match held by Nike.

This will be Lebron's second visit to Taiwan, and he will travel to Taipei this Friday to show up at another basketball match at 5 p.m., which will round up his two-day visit to Taiwan.

James first visited Taiwan in 2011 as a forward for Miami Heat.

Earlier this month, James left the Miami Heat after four seasons and four trips to the NBA Finals and re-signed with the Cavaliers.

After James announced his decision to return to Cleveland, the season tickets for the Cavaliers sold out within two hours and the double-zero jersey is now out of stock as well.

However, since James has not decided on his jersey number, the Cavaliers have yet to put a LeBron James jersey on store shelves.

James took a four-year deal worth US$88 million with Cleveland over a five-year Miami offer worth US$122 million and intends to finish his glittering career at the Cavaliers.

James spent five days in Beijing, Guangzhou and Hong Kong. During a press conference, he said that he always gives everything he can to the game, both on and off the court, because it has given him so many things that he never dreamed he would have. He always dreamed about being in the NBA and wearing an NBA uniform.

When talking to reporters in China, James said that he has always wanted to do more for his hometown, Akron, to put the city on the map.