NEA bans serving of raw freshwater fish at all eateries 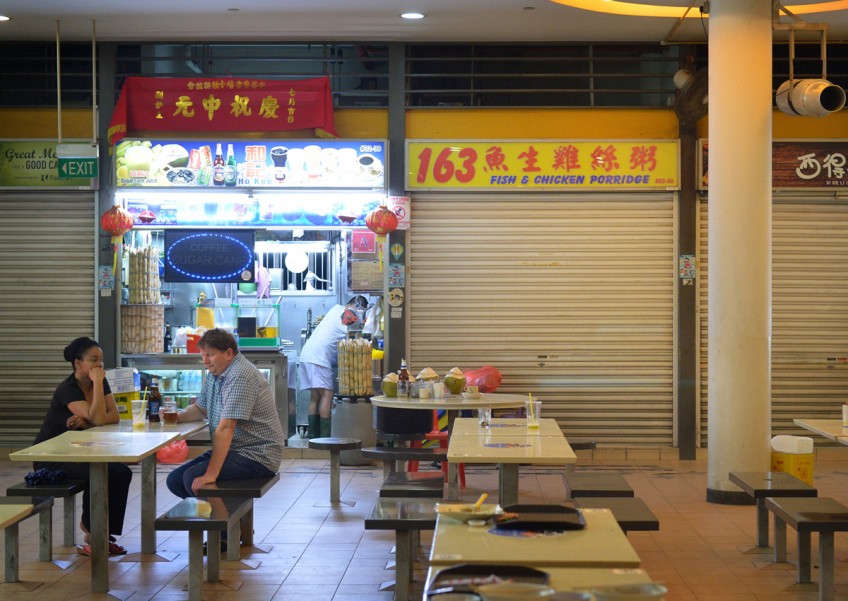 Raw freshwater fish can no longer be served by any food outlet after the National Environment Agency (NEA) announced a ban yesterday which took effect immediately.

Food stalls, which include hawker centres, coffee shops, canteens and foodcourts, as well as caterers were also ordered to stop the sale of all raw saltwater fish until they can show they know how to properly handle the meat.

Restaurants can continue to sell raw saltwater fish, which includes salmon, as they generally observe hygiene standards and source the meat from suppliers of fish intended for raw consumption.

NEA said these restrictions have been put in place to protect public health, especially with the upcoming Chinese New Year, when yusheng, a popular festive dish featuring raw fish, is served.

The Health Ministry has been notified of about 360 cases of Group B Streptococcus (GBS) infections this year, with two fatalities. About 150 of the cases were linked to the consumption of raw freshwater fish - toman (snakehead) and song (Asian bighead carp) are typically eaten with porridge - and involve a particular aggressive strain known as Type III GBS Sequence Type 283 (ST283). The case of a 22-year-old man who contracted GBS and died last Tuesday is being investigated.

In July, the NEA had issued an advisory against using raw song fish and toman fish in dishes. On Nov 27, it told food stalls to stop selling raw fish dishes unless they can show the fish are from safe suppliers. Yesterday, an outright ban on raw freshwater fish was issued. It was the first time a link had been drawn between GBS and the consumption of Chinese-style raw fish dishes.

With the ban in place, the cases of GBS infections are expected to fall, said Dr Hsu Li Yang, a consultant at the National University Hospital's Division of Infectious Diseases.

"We should see only sporadic cases from now on," he added.

NEA said it would issue notices to food establishments to inform them of the ban on the use of freshwater fish for ready-to-eat raw fish dishes.

Along with the Agri-Food and Veterinary Authority, it would also conduct engagement sessions "over the next few weeks" to help fish suppliers and retail food establishments understand the requirements for sale of fish intended for raw consumption.

Food stalls which want to continue selling raw saltwater fish have to approach the NEA to submit their request, and an approval will be issued only after the stalls have passed an inspection.

And while surveillance data indicates that raw fish sampled from restaurants have low levels of overall bacterial contamination, NEA will tighten surveillance of all restaurants, and continue to take action against errant food operators.

The agency also urged consumers to still be mindful of eating raw fish.

Most fish sold in Singapore's wet markets, the fresh produce sections at supermarkets and fishery ports are not meant to be eaten raw.

And while investigations did not detect ST283 in sashimi sold at retail food establishments, the public "should note that there are always risks involved in consuming raw fish as harmful bacteria and parasites may be present".

Several consumers that The Sunday Times spoke to said they will probably avoid all types of raw fish served at places other than restaurants. "I will still eat raw fish such as sushi and sashimi, provided they are from Japanese restaurants or are part of a chain, as they have better quality control," said healthcare worker Bernard Lee, 38. "As for hawker centre stalls, I probably won't eat raw fish there even if they switched to using saltwater fish."

This article was first published on Dec 6, 2015.
Get a copy of The Straits Times or go to straitstimes.com for more stories.