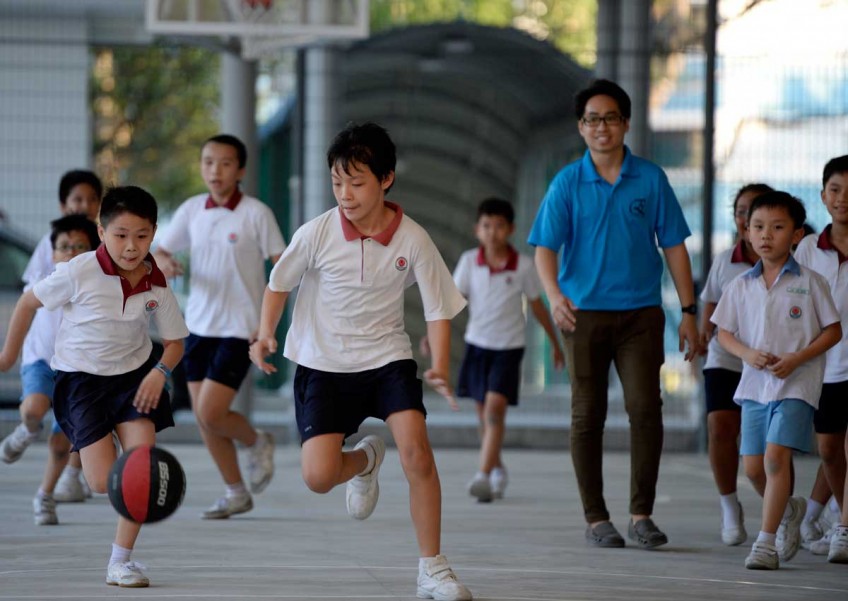 More student care centres have sprouted up across Singapore in recent years, largely a result of the Ministry of Education's (MOE) push for more of such centres in primary schools.

Over the last five years, the number of student care centres - which offer services such as meals and homework supervision for primary school pupils after school - has risen by more than 30 per cent.

Currently, 417 such centres are registered with the Ministry of Social and Family Development, up from 320 in 2010.

But the growth has been mainly in school-based centres - 113 operate on school premises, looking after more than 10,000 pupils. In 2008, there were only 32 such centres.

In March, MOE said it would bump up the number of primary schools with after-school care services to 140 by the end of next year. This means about three-quarters of all primary schools will have a care centre.

The community-based centres, on the other hand, are not faring as well, with increased competition.

The number of community-based centres - which are located in bomb shelters, community centres and at the void decks of Housing Board flats - has dipped in recent years.

"With more school-based centres being set up, community-based ones will inevitably see greater competition," she said.

School-based centres - which take in 40 to 300 pupils each - have become the more popular option among parents for their safer environment and cheaper fees.

Parents also cited the close relationship between the school teachers and staff of school-based student care centres as an advantage.

A parent, who wanted to be known only as Mr Fok, sends his eight-year-old son to the after-school care facility within Alexandra Primary School.

The IT manager, 43, noticed that there is constant communication between the teachers and student care staff to help the pupils.

"The school management also monitors how operators run the centre because they are concerned about the children's well-being as well," he said.

Community-based centres have already been grappling with lower pupil numbers in the morning as more schools turn into single-session ones.

Due to space constraints, they often do not have the capacity to take in more pupils in the afternoon.

In 2009, the Primary Education Review and Implementation committee suggested that all primary schools switch to operating a single morning session by next year to free up afternoons for enrichment lessons. MOE accepted this recommendation from the 11-member panel of educators, parents and industry leaders.

Currently, only 32 out of the 187 primary schools run both morning and afternoon sessions.

Now, fierce competition from school-based centres has added to the woes of community-based ones.

At least eight community-based centre operators interviewed by The Straits Times have seen pupil numbers fall by between 10 and 25 per cent in the last three years.

In neighbourhoods where several centres operate close to one another, some operators are resorting to aggressive marketing and snooping on one another to stay afloat.

A student care operator in Choa Chu Kang, who declined to be named, said some operators visited her centre at night to "have a look" and pretended to be parents to obtain its price list.

She said: "There were also cases where our competitors stood outside to give out sweets."

Some community-based centres have had to close, while a few have shifted their focus to the more lucrative childcare market.

Ms Clara Yeow, principal of Sunshine Kids Care Centre, which has two branches in Punggol Field and Tampines, said: "In the past year, many student care centres located in bomb shelters have given up and assigned the business to other trades. It is not difficult to flip (through) the newspapers to find centres up for assignment.

"When the schools started in-house student care, we stopped the duplication and focused only on childcare services."

The competition has also prompted centres to come up with unique programmes to attract pupils.

Most parents, however, said the main criterion in choosing a care centre for their children is whether it has attentive and nurturing staff.

Accounts manager Patricia Peh, 40, whose 10-year-old daughter attends Pro-Teach Before and After School Care and Tuition Centre (Paya Lebar) in Hougang, said: "At the end of the day, parents just want to know that their kids are in good hands, they are able to receive guidance with their homework and their well-being is taken care of."