Netizens want BBC videobombing girl to be 'President of the Earth' 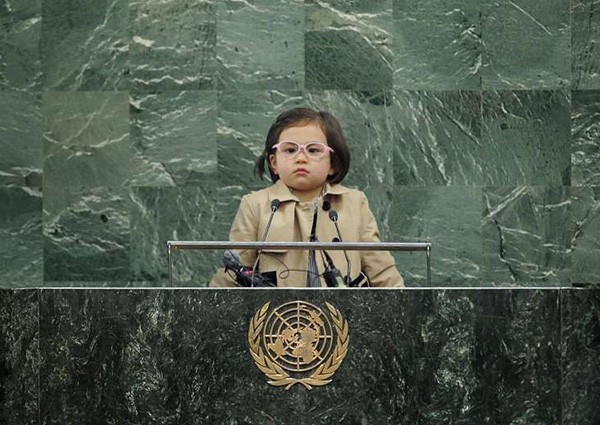 Not content with stealing the show from her father, Professor Robert Kelly, four-year-old Marion Kelly has now gone about conquering the hearts of thousands on social media.

The little charmer was the centre of attention again at her first (planned) public appearance on Wednesday (March 15) when the Kelly family held a press conference in South Korea to talk about the BBC interview that shot them to fame.

Marion had sashayed nonchalantly into the room on March 10 where her father was doing a Skype interview with the BBC, followed by her baby brother in a walker before their panicked mother rushed in to attempt to salvage the situation.

Read also: Remember the woman in BBC's live interview? She's not the nanny

At her nonchalant best during the press conference, Marion's swag has compelled a legion of social media users to christen her their "new overlord" and "President of the Earth".

Here are some of the highlights: