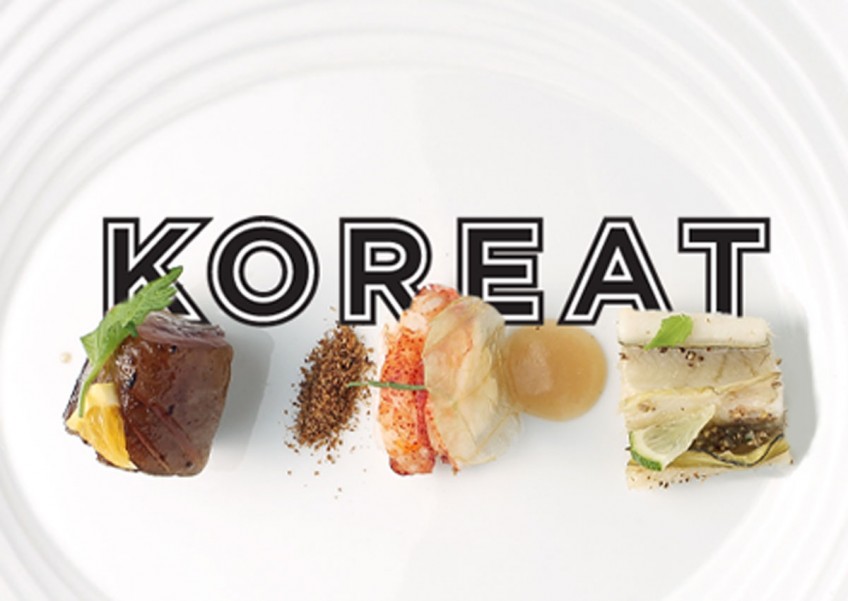 With the aim of creating an authoritative ranking of Korea's top restaurants and serving as the country's version of the Michelin Guide, Koreat has assembled an unprecedented list of the 50 "best" restaurants in Korea.

Seeking out both trendy and tasty eateries has in recent years become a key pastime for Koreans, allowing Seoul to quickly rise as an epicurean city; but there been a gaping hole in terms of ranking restaurants through an organised process, said Jo Yu-mi, head of the Koreat organising committee and CEO of advertising agency Welcomm Publicis.

"Koreans have been relying on sporadic sources for good food. Restaurants have gained popularity through the blogosphere, lifestyle magazines or word-of-mouth," said Jo at the launching event of Koreat at Terreno, a Spanish restaurant featured on the list, on Wednesday.

Koreat -- a compound name of the words "Korea" and "eat" -- aims to provide annually a comprehensive and reliable ranking of restaurants. The criteria is based primarily on taste but additionally takes into account each venue's level of recognition, as is the norm for the Michelin and Zagat guides, said Jo.

After 16 months of preparation, Koreat announced its first official list of the top 50 restaurants, selected by a panel of 100 food-related experts ranging from chefs to food columnists, consultants and restaurateurs. The full list is available on www.kor-eat.com

It is "a restaurant that is well representative of Korea, makes headlines, enhances the level of Korean cuisine, and is recommendable on all levels," said Lee Ji-min, CEO of the foodie online community PR Avenue 5.

Jungsik is run by chef Yim Jungsik -- widely regarded as the pioneer of the "New Korean" cuisine -- and mixes Korean dishes with French cooking methods. The restaurant has gained acclaim for its unique techniques and distinctive plating; its New York branch won two Michelin stars in 2013.

A trendy and innovative restaurant that combines Korean, French and Italian styles, Soigne is known for fabricating elaborate stories behind each of its dishes and courses. The open kitchen and bar-style tables also add to the eatery's distinctiveness.

"The epicurean pleasure of eating and visual delight of seeing the food, and the process of understanding the interpretation behind ingredients offer an intellectual thrill," commented Park Hong-in, editor of travel magazine Bar and Dining.

"L'Espoir" offers classic French cuisine and boasts an exotic ambience reminiscent of Parisian streets. With a devotion to perfection, chef Lim Gi-hak is known for his utmost attention to details -- such as exacting the appropriate temperature that suits a dish -- to deliver a top-notch dining experience to customers.

Park Hyun-jin, CEO of restaurant Merciel, described "L'Espoir" as "a sexy and delicious place, whose cuisine evokes a masculine beauty and sensitivity."

Koreat will also be hosting the "2015 Koreat Festival" on Jeju Island from Oct. 29-Nov. 1, featuring food trucks directly operated by chefs from restaurants featured in the top 50 list. The trucks, which will be placed at different locations on the island each day, will allow visitors to experience a variety of bite-sized morsels of Korea's finest cuisine at just 5,000 won (S$6) a plate.

The festival will additionally feature a live show where chefs create their signature dishes on an outdoor stage in front of an audience, and a gala where they will offer full-course meals and personally explain the concept behind each dish to diners.