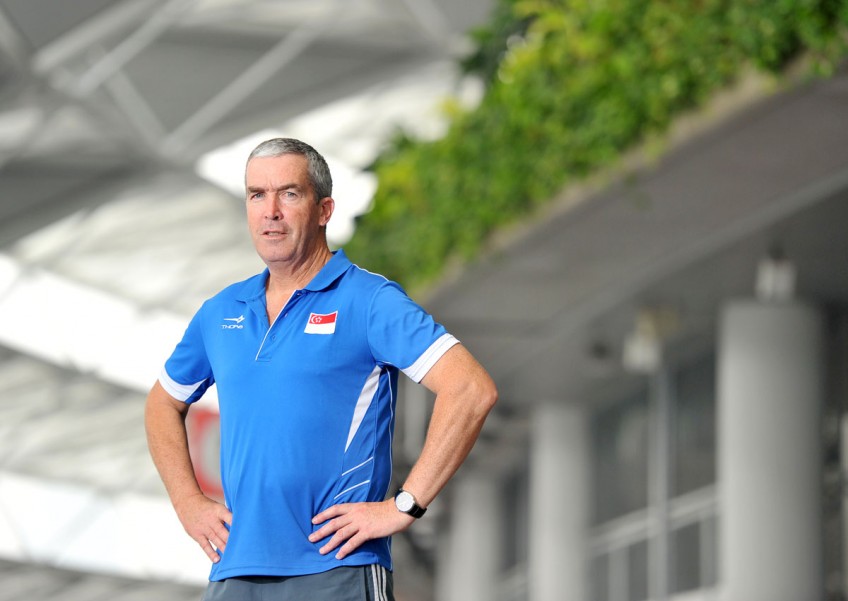 Even before he took up his position on an official basis, new national women's hockey coach David Viner already had some idea of what his players are like in the thick of competition.

So when he began work on Sept 1, he was able to quickly identify the areas that need improving.

The 58-year-old Australian was in the spectator stands watching the team during June's SEA Games, when they clinched a bronze medal under previous coach Sunil Prasad's guidance.

For the team's senior players, Viner's primary concern is motivation and commitment.

"The elite teams have quality competitions to motivate them," he said. "I have to work out how motivated the players will be for the Asian Challenge in December, and to keep them motivated all the way to the next SEA Games.

"We can go to Malaysia or Perth for training camps but, I have to find out what makes the players tick."

Another area that needs improving is intensity.

Viner gave the example of North Korea, whom the Singapore Under-21 team faced during the Sept 5-13 Women's Junior Asia Cup in Changzhou, China.

Viner, who had followed the team to the tournament, said: "North Korea had only 10 outfield players with no substitutes, and they played every minute of every game.

"Even so, they ran fast and hard until the last game, and if we can match their work ethic and improve our skill set, we will do well."

Singapore finished eighth out of nine teams at the tournament, ahead of only Chinese Taipei, and Viner is keen to set targets for the young players first.

He explained: "I spoke to a couple of the younger players and asked if they wanted to be in the SEA Games in 2017. Most of their answers were that they do not know what they will be doing in two years' time.

"We have a good group of players, and I can see three to five players stepping into the senior team. My job is to encourage and motivate them to be part of the programme for the next two years. And that seems to me to be a major challenge."

Of his coaching style, Viner - who has had stints in Belgium, England, France as well as Australia in a 20-year coaching career - said: "The key feature of my game plan would be to go forward and attack, which is the Australian style. I have done it with other European teams and it can be done.

"Every game plan should be to try and win, not to limit the damage from other teams."

Syasya Rifqah, who played in the SEA Games, spoke positively of Viner's impact during their trip to China. The 20-year-old said: "David's training was very detailed and positive. He explained that there has to be an intention behind every move.

"I am curious as to what he has planned for us ahead but 2017's SEA Games is definitely in my mind and I would like to train for it."

Viner is keen to make use of the Dec 14-20 Women's Asian Challenge in Thailand as a first test of his training methods.