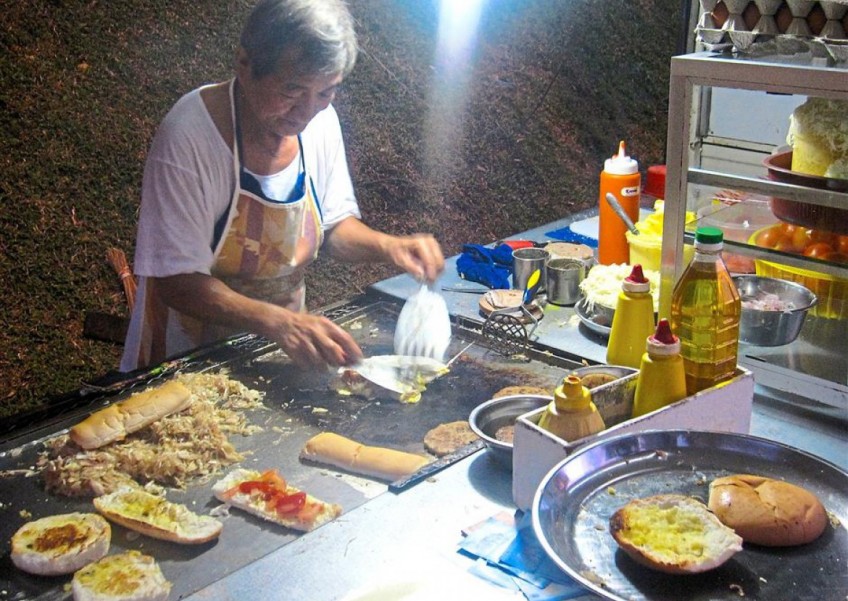 If Malaysia is truly Asia, then Tanjung Bungah must truly be Penang, at least through my biased "Oakley eyes".

What makes Penang a unique tourist destination is that everything from heritage and the tastiest street food to natural attractions are easily accessible and less than an hour away from one another. Similarly, Tanjung Bungah boasts attractions that, although on a much smaller scale, promise a fun day out with things to do and places to visit within minutes of one another.

Convinced that there really is no place like home, I took up the Star2 Monthly Challenge for Travel to share some little-known gems that make my hometown special and, along the way, discovered some new eating haunts and hideaways.

Tanjung Bungah sits between George Town and Batu Ferringhi, and is probably one of the very few places where a bicycle gets you from the hill to the beach in 20 minutes, with time to snack in between.

My relaxing day usually starts with a hike up to a public park on Pearl Hill, next to the Chinese Tua Pek Kong (God of Prosperity) Temple some 152.4m above sea level. The views from there are worth a number of snaps - including that of Pulau Tikus (the actual island, not the suburb) and Tanjung Tokong.

Then, led by a growling tummy, I head down the hill to a new inconspicuous coffee shop for my curry mee fix. There are rows of eateries in Hillside (the suburbs at the foot of Pearl Hill) but the aroma of the rich coconut milk broth makes this place my top pick. The blue-and-white shop (which doesn't have a signboard yet) also sells snacks, like the flavourful tom yam bee hoon.

Grabbing a packet, I hop across the road for the hawker favourite that's synonymous with Penang - char koay teow. Ah Soon's wok is magic. Cooked over a hot charcoal stove, his flat noodles are definitely worth the calories. His son sometimes goes around the neighbourhood on a motorcycle in the afternoons, taking orders from regulars. Residents keep their ears open for his familiar booming voice just as tea time rolls around.

Tom yam bee hoon and char koay teow in the bag, I head straight for the beach. Here's where it gets interesting. There are at least six public access roads to the beaches along the Tanjung Bungah seafront. These are usually hidden in the housing areas so not many holiday makers use them. But ask around and someone will definitely point you to one of the many secret "passages".

The long stretches of sand are dotted with fishing huts, hotels and club houses. Locals bring their pets here so don't expect a pristine Club Med beach but it is still nice. If you are not feeling too lazy, take a three-minute drive to the Penang Water Sports and Recreation Centre next to the Tanjung Bungah Floating Mosque, the country's first mosque to be built in the sea. Some advice: Don't go barefoot on the beach. The corals here are sharp. Not really the place to lie down and soak up the sun.

I love kayaking and would rent the kayak for an hour or two to just paddle near the shore. When the weather is perfect and the sea is calm, I'd head out to Pulau Tikus, a tiny isle some 2km from shore. Anglers are sometimes spotted on the outcrop. I've never explored the place because it gives me the chills. There is a shrine and a tomb on the island, and a villager had warned that those who have consumed meat or are "not clean" should stay away from the place.

A short walk away from shore, the white van selling Tanjung Bungah's well-loved pisang goreng (banana fritters) and kuih kodok (deep fried banana balls) is busy as usual so I wait my turn. This pisang goreng is the ultimate. Bite into the banana fritter and smoke literally comes out. Sweet on the inside, crunchy on the outside. A perfect pick-me-up after all that paddling.

On most days, there are fishermen from the nearby village hawking their catch in the afternoons along the main road, if cooking is your thing. Otherwise, you can tuck into the seafood at the Tsunami Village and catch the sunset.

Me, I head to Hillside for the best street burger in town. I grew up on Uncle Wong's burgers and hotdogs. Way before food trucks became the in-thing, his parked van was already a familiar sight in the Tanjung Bungah area, for close to four decades now. Most Penang-lang (Penangite, in Hokkien) know him as Uncle Burger or Jackie Chan (the nose and hairstyle bears a slight resemblance) because his stall does not have a name.

Rain or shine, he's there from 7pm onwards. And while the taste and aroma of his special caramelised onions keep me coming back, I love that his van is immaculately clean and the vegetables are always fresh. Seriously, this is the only stall that boasts crunchy paper-thin cucumber slices that look like they were the handiwork of Wolverine. Where the humble street burger is concerned, Uncle Wong's is second to none.

So, the next time you are in Penang, give the typical tourist attractions a break and chill like a local in Tanjung Bungah. Where else can you enjoy a full day out while indulging in the best of Penang's street food, all for under RM50 (S$17)?