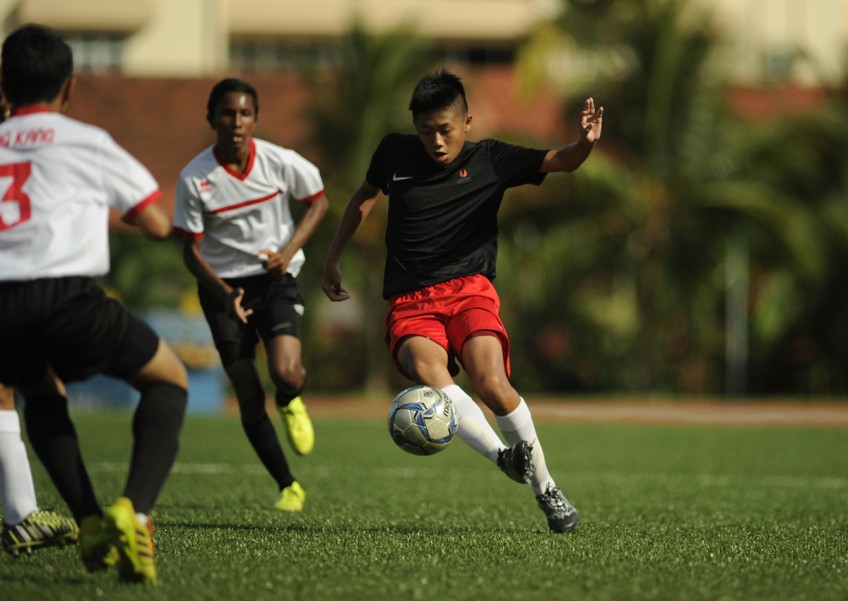 A NEW National Youth Sports Institute (NYSI) will be started, together with the introduction of initiatives and enhancements at the Singapore Sports School (SSP) in a bid to strengthen the local youth sporting excellence system in Singapore.

Minister for Culture, Community and Youth (MCCY) Grace Fu made the announcement yesterday afternoon at the SSP, based on the recommendations of a review committee that spent a year examining the SSP's role and position in elite youth sports.

The review was a result of a challenge by Prime Minister Lee Hsien Loong, who called on the SSP at its 10th anniversary celebrations last year to "become a national sports academy of excellence 10 years from now".

The committee was co-chaired by MCCY permanent secretary Yeoh Chee Yan and Sport Singapore chairman Richard Seow. It spent a year consulting about 200 stakeholders, including athletes and parents from both within and outside of the SSP, national sports associations, schools and post-secondary educational institutions.

As part of the recommendations, the NYSI - to be headed by former national sailor and SingaporeSailing chief executive Tan Wearn Haw - will serve to provide resources for top young athletes from both mainstream schools and the SSP.

It will function to give student-athletes sports science and medicine support that are tailored to the needs of young athletes, education and career guidance, drive national talent identification as well as set up a youth coaching division.

The NYSI will be staffed primarily in its initial stages by sports scientists, psychologists, physiologists and athlete-life management officers from the SSP, borrowing from the SSP's unique expertise in high-performing young student-athletes.

Within the SSP, there will be enhancements as well as new schemes. Among them are sports modules that will now be offered to students, the start of a satellite centre at the Sports Hub to aid students who base their training there.

More significantly, students who are on the International Baccalaureate Diploma Programme will now have the option to complete the programme in up to four years.

This makes the SSP one of just 12 institutions around the world that offers this. Student-athletes from all sports will also now be considered for admission to the SSP.

Said Ms Fu: "The SSP has made significant positive impact on the education and development of young athletes. Over the last 10 years, it has accumulated valuable experience and expertise.

"It is now in a good position to share its expertise more widely to support the sporting aspirations of student-athletes in mainstream schools and make a greater impact in youth sport."

SSP principal Tan Teck Hock added: "The international sporting landscape will continue to become more competitive, adding demands and pressure on student-athletes to up their game and achieve good results.

"As we progress into the next decade, the SSP is committed to becoming the national youth sports academy of excellence, and contributing to the overall well-being of student-athletes within and outside of the SSP."