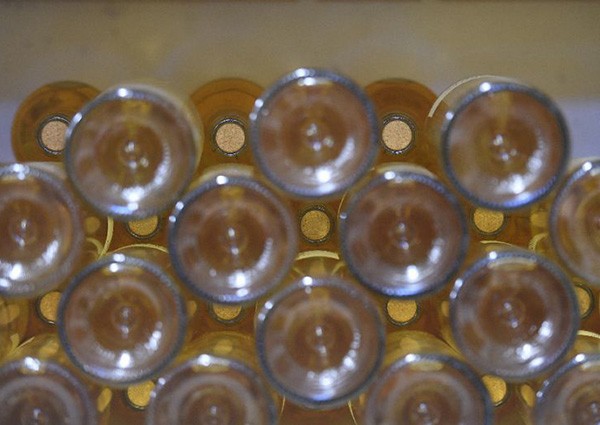 NEW YORK - A US startup says it has created the world's first "smart" bottle which can keep wine as fresh as the day it was uncorked for up to a month.

The Boston-based Kuvee company said in a statement that the industry "has been slow to innovate beyond the glass bottle and cork."

Kuvee's specially designed bottle with its intricate valve system "prevents oxygen from touching the wine, so wine stays fresh for up to 30 days after opening," said company founder and CEO Vijay Manwani, in a press release on Monday.

"As a result, consumers can open multiple wines and enjoy them without fear that the leftovers will spoil," Manwani said.

Pre-orders began this week for the bottle, which retails for US$179 (S$240), with shipment to California and Massachusetts beginning in October, and other markets in late 2016.

The company said wines are easily switched in and out to accommodate multiple users' preferences.

Kuvee has also curated a selection of four California wines, allowing customers to sample at will, "adding a new level of choice, personalization and convenience to the at-home wine experience," Manwani said.

The price for the wines range from US$15 to US$50 per bottle.