New yogurtmobiles in South Korea cause a stir 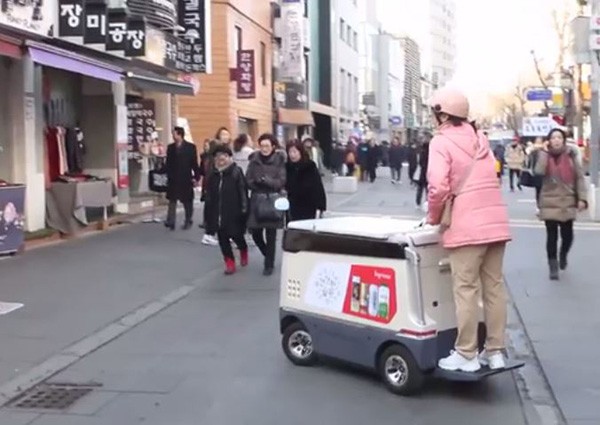 SEOUL - South Korea prides itself on being at the cutting edge of manufacturing technology, from tiny semiconductors to massive floating rigs that drill into the earth's crust for gas and oil.

Among its recent engineering breakthroughs: motorised refrigerators for delivering yogurt.

A fleet of bathtub-size four-wheelers started hitting the streets here last year, to better transport the little bottles of the yellow-coloured yogurt drinks South Koreans have long consumed to aid their health.

At the helms are thousands of delivery ladies, as they are known, who for decades pulled carts, hauling heavy ice boxes filled with the drinks to bring them to customers' doorsteps.

For these women, the unfamiliar vehicles are a technological revolution so bold as to be awkward at times.

"I felt like a monkey at first because people gave me odd looks," said Lee Chang-sim, an 11-year yogurt-delivery veteran.

Whipping up a yogurtmobile wasn't a smooth process, even in a place where innovation is part of the culture. Manufacturers were baffled. Officials couldn't figure out how to classify them. Some of the delivery women didn't know how to drive.

"It seemed like such a preposterous request at first," said Lee Young-tae, an executive at DaeChang Motors Co., one of four companies that signed up to develop and manufacture the vehicles.

- What to Order on a Korean Menu: Go for the Soups

- Crazy for Kimchi in the City