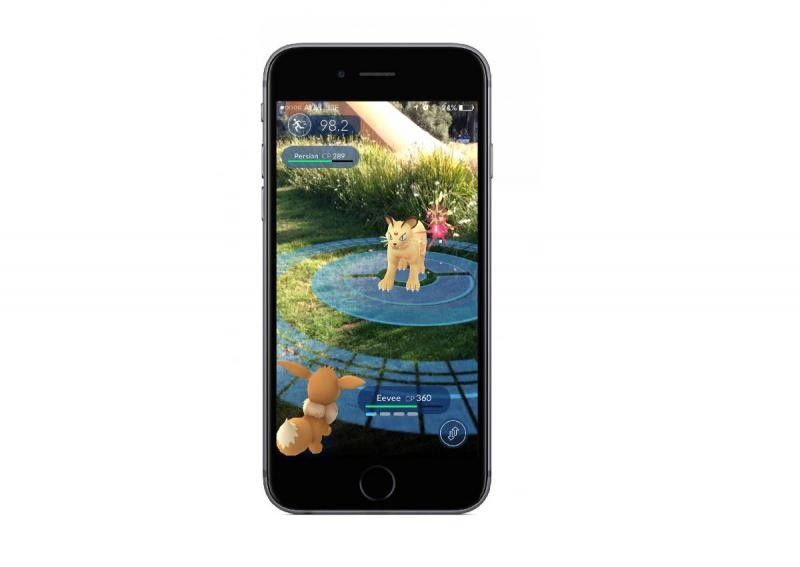 TOKYO - Shares in Japan's Nintendo Co surged on Friday as consumers flocked to try out its new Pokemon GO smartphone game, raising hopes that the company's long-awaited shift into mobile gaming will pay off.

Seeking to protect its console business, the Japanese group had for many years resisted introducing mobile games with its best-known characters such as Super Mario Bros and Pokemon, finally yielding to investor calls last year when it announced a tie-up with mobile specialst DeNA Co.

Its first mobile title, Miitomo, was only launched in March after some delay and was also a social networking-sytle application, leaving investors disappointed and impatient.

But Wednesday's launch of Pokemon GO in the United States has seen the title shoot up to become the No. 1 free app in Apple Inc's US iTunes store. It was also launched in Australia and New Zealand this week and is expected to be rolled out in Japan soon.

Many reviewers said they were keen on the game although they hoped that technical glitches would soon be resolved. Shares in Nintendo jumped 10 per cent to their highest level in more than two months with the stock the most heavily traded by value on Tokyo's main board and giving the firm a market value of about US$23 billion (S$31.05 billion).

The game, in which players search out and capture Pokemon characters and do battle with other Pokemon, is free, but it also offers in-app purchases for power-ups and extra items.

"It has more (monetisation) than we expected; as users build their Pokemon inventory, spending money becomes needed to store, train, hatch and battle," Macquarie Securities said in a note to clients, adding that purchases so far in Australia were not being driven by big spenders but by a large number of users.

The company has promised four more smartphone games in the financial year to end-March and has said it expects mobile gaming to help boost annual operating profit by a third to 45 billion yen (US$450 million).

Nintendo also plans to release its next console globally in March 2017.

"The company has huge intangible assets like characters but it hasn't been trying to use them seriously. But the success of its Pokemon GO shows the company has got great content," said a fund manager at a UK asset management firm in Tokyo.