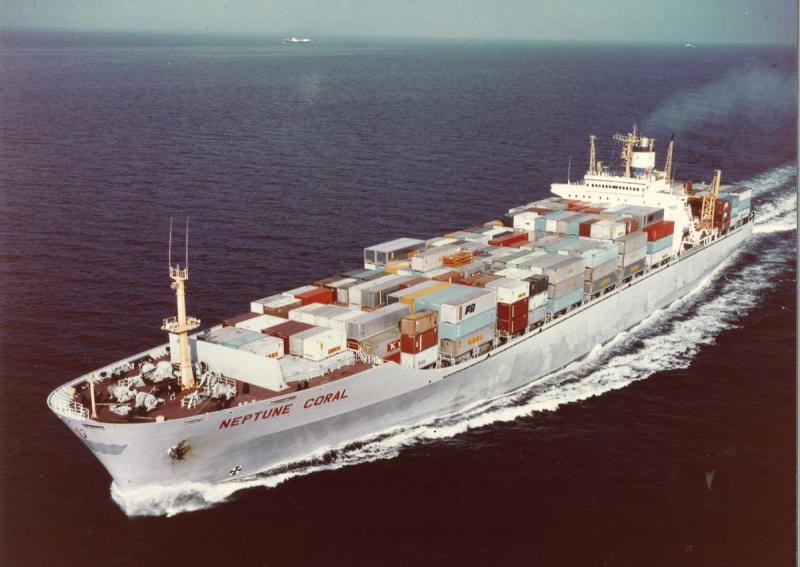 Neptune Orient Lines (NOL) was not able to cut costs fast enough in an industry where shipping services were increasingly getting commoditised, chief executive Ng Yat Chung has acknowledged.

And without the kind of scale needed to compete on costs, the best choice was to sell, he said.

The home-grown carrier, once one of the big boys of global shipping, has been struggling to stay afloat in recent years amid the industry downturn.

NOL is set to be sold to France's CMA CGM, the world's third-largest shipping line, in a $3.38 billion deal and eventually will be delisted from the Singapore Exchange.

CMA CGM has already launched an all-cash voluntary conditional general offer for outstanding NOL shares at $1.30 apiece. The offer will close on July 4.

In an interview with The Straits Times this week, Mr Ng was candid about NOL's situation: "In this environment of extreme overcapacity and severe freight rate erosion, competition is based on cost.

"We have made good progress in that aspect, and every year we've managed to reduce our losses. Unfortunately, we haven't been able to cut costs fast enough to offset the collapse in freight rates."

The Baltic Dry Index, a measure of the costs for shipping commodities, plunged to a record low of 290 in February, down 98 per cent from its peak of 11,793 points in May 2008, although it has recovered to levels above 600 in recent months.

Mr Ng, 54, noted that NOL's past successes were built on its business model as a premium service line, so its costs were always "significantly higher" than its competitors'.

"This was always the way for NOL, even before the 2008 financial crash, and it did well," said the former army general, who took the helm at NOL in October 2011, after leaving his post as senior managing director at Temasek Holdings - NOL's majority shareholder now.

"But the world has changed. The market growth has slowed down, there is severe overcapacity, so we had to recognise that the business model needed change. We didn't have the right cost position in an industry that was becoming more and more commoditised."

Mr Ng acknowledged that the company had been "a bit slow and reluctant to change".

"It wasn't easy because the business model has worked for us so far. There were arguments that when the cycle turns, things will be okay. Unfortunately, this time round, the down-cycle is probably as deep and as long as anyone can remember."

Over the past decade, NOL has been profitable for only five years. The last four years saw the firm rack up more than $1.5 billion in losses, although it has managed to reduce its losses year on year.

The company last month reported net losses of US$105.1 million (S$142 million) for the first quarter ended March 31, higher than the US$10.8 million a year earlier.

"Compared with our competitors, we also didn't have the scale, which has become more important in this industry," noted Mr Ng.

"The largest part of the cost for a carrier like us comes from the terminal costs, trucking costs, fuel costs - all these, you get a significant advantage in getting a better rate when you have big volumes. So when freight rates are very low, every dollar of the cost advantage matters. Otherwise, you're hamstrung."

Market watchers like CTI Consultancy's Andy Lane agreed that NOL had been "a little late" in getting its cost-cutting measures off the ground - an issue that was "less significant before 2008, but has subsequently become critical". He said the firm was also slow to upsize its fleet, which eroded some of its cost competitiveness over time.

But even if NOL did manage to cut costs, there was still the issue of scale - the importance of which the company has long recognised, since its hefty US$825 million acquisition of American President Lines (now known as APL) in 1997.

Mr Ng said: "At least one thing I can take comfort in is that by doing this deal, we are ahead of the curve rather than reacting to consolidation in the market. We'd rather be ahead of the curve and look for the best partner than to react and try to scramble for a good deal."

Making the decision to sell NOL did not come easy, said Mr Ng, adding that it had exhausted exploring all other options - including buying another shipping firm. He declined to reveal names.

"In this deep down-cycle, the companies that do well are those with scale. For NOL to be able to continue on our own, it requires a lot more investment either to acquire another firm or to buy more ships," said Mr Ng.

"Making those fresh investments means calling for an injection of shareholder funds, which in this environment, the return on incremental investment is not certain. NOL holds a 2.5 per cent market share, the big guys have an 8 to 10 per cent share, so you can imagine how big we need to be in order to stay competitive."

Mr Ng will be stepping away from his role as chief executive as soon as CMA CGM acquires more than 50 per cent of the outstanding NOL shares - effectively when Temasek tenders all of its 66.8 per cent stake.

CMA CGM has said its group senior vice-president Nicolas Sartini will take over as NOL CEO while Mr Ng will stay on as executive director and as a special adviser to the chairman to help with the integration process.

NOL will inevitably see some reduction in headcount, although the details are still being ironed out.

For Mr Ng, the sale of Singapore's shipping icon is not easy to stomach. "Personally, it would be strange not to feel a little bit of regret, a tinge of this 'sayang' feeling," he said, using a colloquial Malay term.

"But at the end of the day, we're doing this for the business and our shareholders," he added, noting that the sale will help anchor CMA CGM to Singapore. CMA CGM has pledged its commitment to Singapore by setting up its regional headquarters here and sending more volumes through the PSA ports.

"It's a timing thing. You may not always find a buyer - and the best buyer - when you want to sell. All in, this sale is as close to ideal as it gets."

This article was first published on Jun 09, 2016.
Get a copy of The Straits Times or go to straitstimes.com for more stories.