Not easy to press reboot 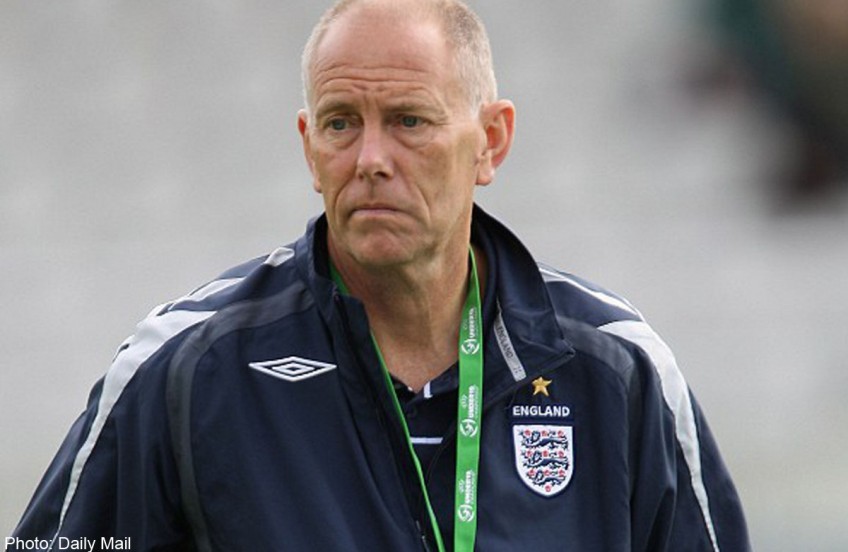 The new technical director's identity will not be confirmed until March but the Football Association of Singapore (FAS) announced on Monday that it has a shortlist of five candidates, all of them Europeans. The most prominent name is Briton Brian Eastick, 63, who had been head coach for the England Under-19 and Under-20 teams.

It will be a bulky in-tray of issues for Singapore's new technical director to address after his imminent appointment.

Whether he has a stellar track record or not, veterans in the local football fraternity believe that he will encounter difficulties in tackling the inherent youth development problems in Singapore.

The new technical director's identity will not be confirmed until March but the Football Association of Singapore (FAS) announced on Monday that it has a shortlist of five candidates, all of them Europeans.

The most prominent name is Briton Brian Eastick, 63, who had been head coach for the England Under-19 and Under-20 teams.

Now first-team coach of Championship side Nottingham Forest, he has groomed the likes of Premier League stars Danny Welbeck of Arsenal and Tottenham players Andros Townsend and Kyle Walker.

But for any candidate replacing outgoing technical director Slobodan Pavkovic, he will need to come to terms with the huge differences in culture and resources between European and Singapore football.

"It's a long to-do list and at the top of it is getting support from the schools," said former FAS technical director and Pavkovic's predecessor P. N. Sivaji, now a coaching instructor with Fifa and the Asian Football Confederation.

"That's where all our footballers start out but the schools have their own priorities which is to win the inter-school competition and that may be contrary to what the FAS is trying to achieve in terms of its national syllabus."

The current handbook, which focuses on quick passes, ball control, rapid movement and fitness, was rolled out in 2010 by the FAS and the brainchild of Pavkovic, who leaves next month.

Few schools adhere to it or even adopt a 4-2-3-1 tactical system that the FAS has implemented for its youth and senior teams.

Rather than implement a sweeping guideline across all age groups, perhaps the new technical director needs a more tailored approach to cater to different goals, noted former national striker Abdullah Noor. He was heavily involved with the National Football Academy teams and also coached at the Singapore Sports School for nine years.

"Whoever the new technical director is, I'm sure he'll come with his own philosophy and syllabus but he must be open-minded and be willing to adjust," he said.

"Perhaps, he can focus specifically on the grassroots up to the U-18s, because that's the crucial ages for player development, and leave the national coach to decide how he wants the U-20s, U-23s and the senior team to play."

Elite trainers like Eastick are used to certain structures that are the norm in Europe but may not always be present in this part of the world.

Jita Singh, FAS' former head of game development for seven years before he resigned in April, noted: "The culture and resources in England and Singapore are very different.

"Education is still the most important thing here.

"So you get kids coming for our NFA training at 6.30pm and are already mentally burnt out."

The 1980 Malaysia Cup-winning coach feels more can be done to help local coaches.

He said: "That's also part of the responsibility of the technical director to improve and raise the level of our coaching talent pool."

Courts Young Lions coach Aide Iskandar, who will also take charge of the U-23 squad for the 2015 SEA Games here, is looking forward to the arrival of the new man at the helm.

He said: "Youth development is the most important foundation to having a successful national team but we must also give the person time to implement his changes."

This article was first published on December 31, 2014.
Get a copy of The Straits Times or go to straitstimes.com for more stories.