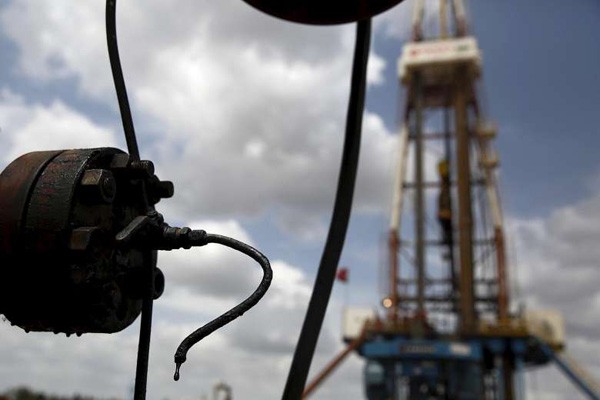 Oil prices had slumped more than five per cent on Friday following the British referendum.

They slid again as trading opened in Asia on Monday, rebounded hours later, and then came under fresh pressure in European business.

Both contracts have tumbled almost 10 per cent from their 2016 highs touched earlier this month.

"Clearly many market participants view current oil prices as an attractive entry level after their five per cent decline on Friday," analysts at Commerzbank said.

"Fundamentally, the oil price is well-supported," they said, adding that "one can only speculate at present on the possible effects of a 'Brexit' on oil demand." "We believe that oil market fundamentals will eventually reassert themselves," said JBC Energy analysts. "However, this is contingent on a reduction in uncertainty, and at the moment, further political developments remain highly unclear," they said.

British finance minister George Osborne said early Monday that Brexit was likely to lead to further volatility but the British economy is "as strong as could be".

"While the oil market fundamentals will ensure no major drop in the price of crude... the oil markets are likely to remain under pressure until the volatility in the financial markets comes down," said EY Services oil and gas analyst Sanjeev Gupta.

"Everything is caught up in Brexit," Evan Lucas, a market strategist at IG Ltd. in Melbourne told Bloomberg News.

"The oil fundamentals for the moment will be put to one side as markets try to figure out exactly how this will all work," he added.

Adding to the downward pressure on crude was the strengthening of the dollar, with traders fleeing to the currency's relative safety.

A stronger dollar makes dollar-priced commodities like oil more expensive for those using other currencies.