Oklahoma lawmaker found with boy in motel charged with prostitution 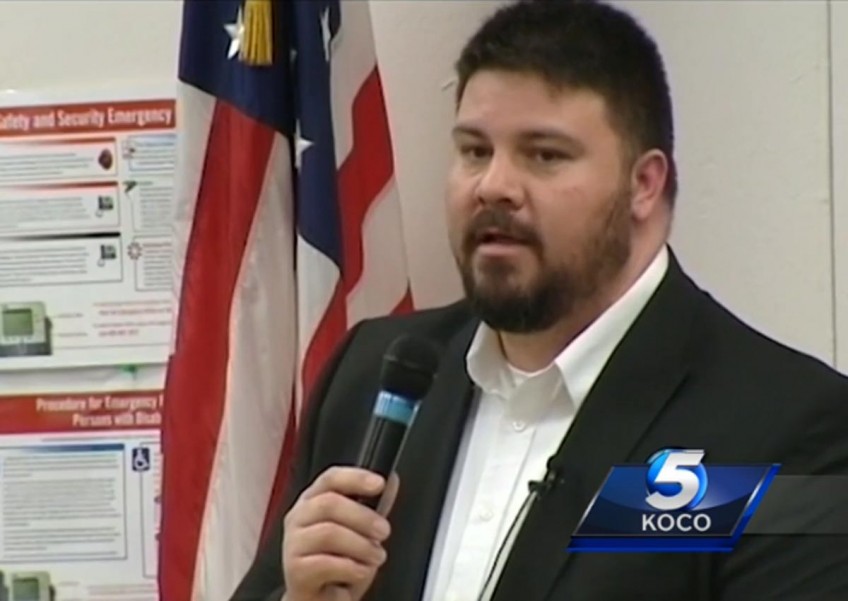 Screengrab from TV. Shortey is one of the Oklahoma lawmakers who have voiced concerns about the criminal justice reform laws that citizens voted on in November.

An Oklahoma Republican state senator who campaigned as a champion of family values was booked on felony prostitution charges on Thursday after police found him in a motel room with a teenage boy and drugs, court documents showed.

Ralph Shortey, 35, was charged with three felony counts, including engaging in child prostitution, court documents filed in Cleveland County showed. Shortey, who has served since 2010, has not spoken to media about the incident.

According to an arrest affidavit, police found Shortey and a 17-year-old male, who was not named, in a motel room in Moore, south of Oklahoma City, on March 9.

"Officers present observed a strong odour of marijuana coming from the room and inside the room at the time of their contact with the defendant," the affidavit said, adding the officers also "found an opened box of condoms in the defendant's backpack."

According to court records, Shortey was booked at a local jail on Thursday afternoon. His bond has been set at $100,000 and local media said he was released about two after he surrendered.

Oklahoma politicians from both major parties called on Shortey to resign, including Republican Governor Mary Fallin.

"The charges against him do not reflect the character and decorum that we expect of an elected official," Fallin said in a statement.

A guns rights advocate who has taken a hard-line stance against abortion, Shortey was sanctioned by the Republican-dominated state Senate on Wednesday on a 43-0 vote for "disorderly behaviour."

The sanctions imposed penalties such as stripping him of his office space, removing him from committee positions and canceling his reserved parking space.