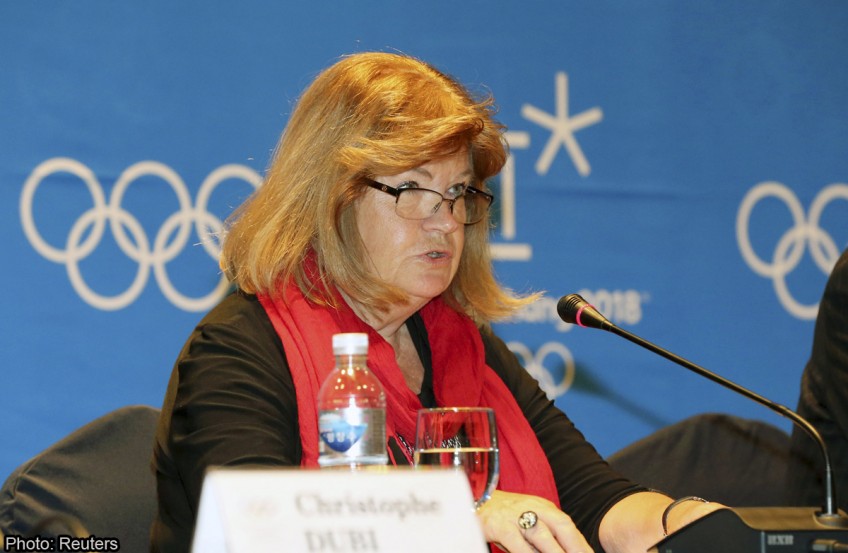 Gunilla Lindberg, chair of the IOC's coordination committee for 2018, speaks during a news conference in Gangneung March 19, 2015. Pyeongchang has "no time to lose" and still has a lot of work to do but the International Olympic Committee (IOC) is satisfied that the venues for the 2018 Winter Games will be ready on time.

SEOUL - Olympic chiefs have urged South Korea's Pyeongchang to focus on getting venues ready and other "key areas" if it wants to hold successful test events for the 2018 Winter Games.

The International Olympic Committee's (IOC) coordination commission said it was satisfied with progress as it wrapped up its fourth visit to the mountain resort.

But it also warned that "multiple objectives" need attention with test events getting underway next February and continuing until April 2017.

"Multiple areas require their focus if the first test events taking place early next year are to be delivered successfully," commission chairwoman Gunilla Lindberg said in a statement.

She added: "With the first test events less than one year away... preparing the delivery team, getting the venues ready, advancing the operational planning, refining budgets and raising the profile of Pyeongchang 2018 are all key areas that will require POCOG's full attention." Pyeongchang is scheduled to host an alpine skiing World Cup event in February 2016, followed by bobsleigh and short track speed skating competitions in November and December.

Games preparations have been hit by financial problems, construction delays and political infighting between the organisers, provincial officials and the national government.

However, the Pyeonchang organising committee (POCOG) insists it will be ready to hold the tests next year and has dismissed the idea of moving events to other venues.

Lindberg said creating a new body to organise the tests was a "step in the right direction", and she welcomed the "strong support" from President Park Geun-Hye and provincial governor Choi Moon-Soon.

Organising committee chief Cho Yang-Ho said: "Based on the feedback that we have received over this past week, we will move forward aggressively and with momentum, and our main focus will now be on operations."