ONE Championship to livestream 4 fights for free on Facebook 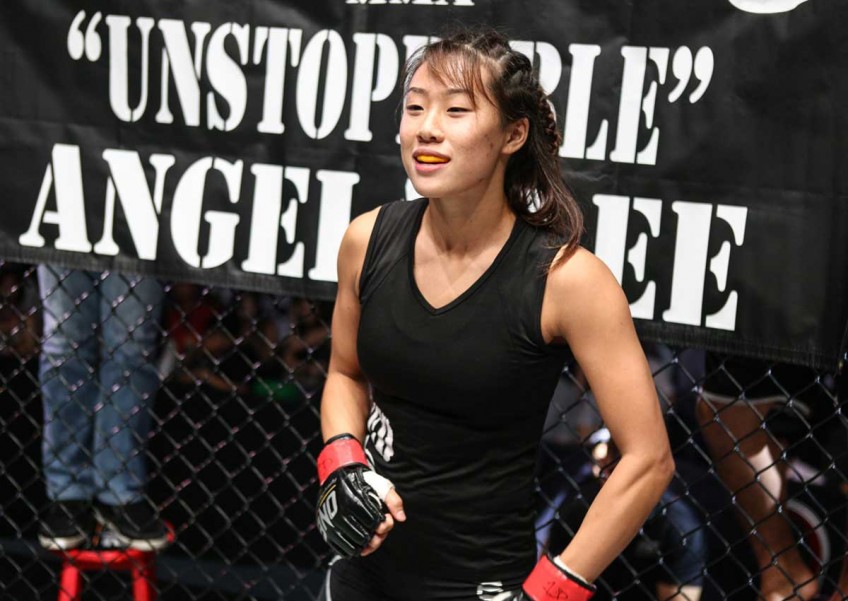 Proving they are always on the cusp of giving MMA fans what they want, ONE Championship will provide four exciting fights for free on Facebook this Sunday as part of their blockbuster ONE: ODYSSEY OF CHAMPIONS event in Jakarta.

But, before all that goes down, fights ranging from an exciting women's strawweight bout up to a hard-hitting light heavyweight clash will air for free on ONE Championship's Facebook page.

These four fights and eight fighters present a very real future for the biggest MMA promotion in Asia, as they have a combined total of more than 60+ pro fights under their belts.

Starting the night off with Lee, a 19-year-old Singaporean-Korean who hardly needs an introduction as she has been making headlines all across Singapore and Asia recently.

After a lightning quick demolition of Egyptian kickboxer Aya Saber in her first ONE Championship outing, Lee went on to earn a place on the famed Evolve Fight Team, training alongside world-renowned fighters Shinya Aoki, Ben Askren, Rafael Dos Anjos and a host of others.

The youthful prodigy will now face another Egyptian Top Team product in Mona Samir, but the odds are vastly different this time as Samir enters the cage fully credentialed in wrestling and wushu.

Butler is another member of the decorated Evolve Fight Team who has found success in his previous outings in ONE Championship. He's picked up two straight wins inside the ONE cage, earning a decision over Sylvain Potard last December after finishing Mohamed Ali earlier in 2014. Since turning pro in 2013, Butler's made all six of his fights with Asia's largest MMA promotion.

His opponent, Brazilian-Japanese BJJ black belt Kaminishi, had his five-fight unbeaten streak snapped by veteran James McSweeney in his debut with ONE last year. The 36-year-old veteran will be a stern test laid out in front of Butler, as he owns six finishes among his eight career wins.

When you talk about up and coming future ONE champions, Nguyen is high on that list. The 26-year-old Australian of Vietnamese-descent has finished each of his four previous opponents, including a November submission win against Malaysian Rocky Batolbatol. His talents will be put to the test when he takes on a very driven and spirited Ahmad.

Ahmad, better known as the godfather of MMA in Pakistan, has shared the cage with the likes of Amir Khan and Shannon Wiratchai over the past couple of years and proven his mettle in some of the most exciting bouts ever witnessed in the ONE cage.

And what a perfect way to conclude the social media portion of the card with another of Russia's finest in Saadulaev taking on Kichukov. The 30-year-old nicknamed "Maestro" is working on another run at ONE gold and is 4-1 with a no-contest over his last six. Fans are divided in their support especially when it comes to this bout as Saadulaev continues to be a fan-favourite after five bouts in the ONE Championship cage whilst Kichukov, who won 12 of his first 13 pro bouts, also enjoys a huge following and will be fighting for the first time with ONE.

All in all, this Facebook Prelims looks like a perfect way to kick-start a night of action that is sure to bring excitement to the Asian fans at ONE: ODYSSEY OF CHAMPIONS.

The livestream for the rest of the fights, (six bouts), including the world championship title clash between Jadambaa and Gafurov, will be available for purchase on http://oneppv.com for US$9.99 (S$14).