Only the state can save Pakistan from terrorism 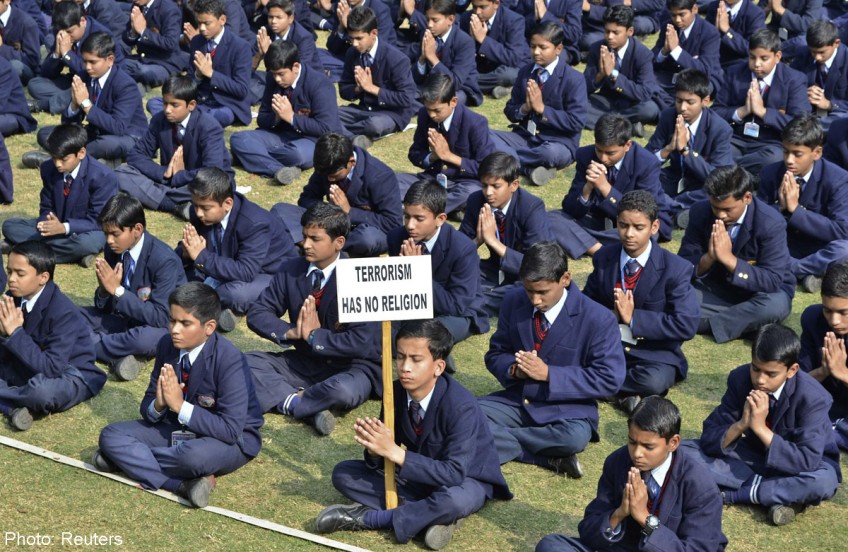 It was spontaneous and unprecedented. The gathering outside Lal Masjid to protest against the refusal of the mosque's head cleric, Maulana Abdul Aziz, to condemn the perpetrators of the Peshawar massacre, which killed 149 people last Tuesday, was an unusual spark amid otherwise dark days.

The protest hinted at what may be possible in the difficult months ahead, and highlighted what has been missing from Pakistan's public discourse in recent years: liberal voices shouting back at Taleban apologists and conspiracy theorists who have hijacked our pulpits and airwaves, and muddied the national conversation about militancy.

Pakistan is accustomed to horrifying events, but the tragedy in Peshawar has led to a new focus on those trying to perpetuate the country's state of denial about the existential threat from militancy. There has been much emphasis in the past few days on Pakistanis standing up to, if not terrorists, then those who defend them or obscure the heinous extent of their ideology and actions.

A strong state is needed to defeat militancy.

We have been asked to stand #United­Against­Taleban. We have been told to #AskGHQ. Members of our civil society empowered by the ease with which they took to the streets for sit-ins since August have suggested that similar persistence and protests can bring the change that previous terrorist-inflicted traumas have not.

But it will not be enough. The gathering at Lal Masjid is the kind of event that offers false hope - a quirk of our social media-saturated lives, an accident of timing, and Twitter feeds that made the Arab Spring possible, but could not prevent the Middle East's revolutionary moment from sliding back to the status quo.

Even the success of the Lal Masjid protest was partial: While a police report was registered against the mosque's head cleric for hate speech and loudspeaker violations, the police who came out to protect the mosque also issued a report against the protesters.

Calls for civil society to lead the fight against militancy are misplaced, and so likely to be ineffective. If anything, they offer our state representatives yet another scapegoat - a chance to push the onus of countering terrorism on to the people.

But civil society is no match for the well-established infrastructure of violent extremism that permeates Pakistan. Last week's gathering outside Lal Masjid was amorphous, ephemeral and temperamental.

The protesters were not driven by a single-minded ideology or united under a strong leader. Thus, they are unlikely to be a viable counterweight to the right-wing elements that nurture and defend militant groups.

They publish extremist content with consistent messages on multimedia platforms. They have multiple revenue streams, both domestic and international, legal and illegal. Most importantly, they have tacit state support, which enables this infrastructure to flourish.

Hafiz Saeed, the LET chief who blamed the Peshawar attack on India, is the kind of Taleban apologist who cannot be taken down by a Twitter hashtag or candlelight vigil.

All variety of right-wing and violent extremist groups in Pakistan are more coherent, well structured and better financed than the civil society groups that seek to oppose them. They are supported by elements of the state that continue to believe in their strategic utility. The people cannot be a match for that.

The power of civil-society protest in the face of militancy and obscurantism is also muted, because Pakistan is not a functional democracy. Public protests work (when they do) because they put pressure on elected civilian governments to change their policies.

In Pakistan's case, the civilian government has little sway over security and strategic policies. It also has no clout over the military, which is the primary institution with the power to recalibrate strategic priorities.

If Pakistan really wants Peshawar to be a game-changer, it needs to move on from accidental and emotional responses, and start at the very beginning with a clear demand for civilian oversight of the military and its policies. Unfortunately, that demand does not inspire clever hashtags or motivate youngsters to protest on cold nights.

But the country can no longer underestimate the power of the extremist threat. Pakistanis should not, for a moment, be fooled into thinking that the militant infrastructure can be dismantled by anything less than a strong, functional democratic state.

Only the state can match the organisation and resources of the militant groups that are destroying Pakistan. All citizens can ask is that the state do its job.