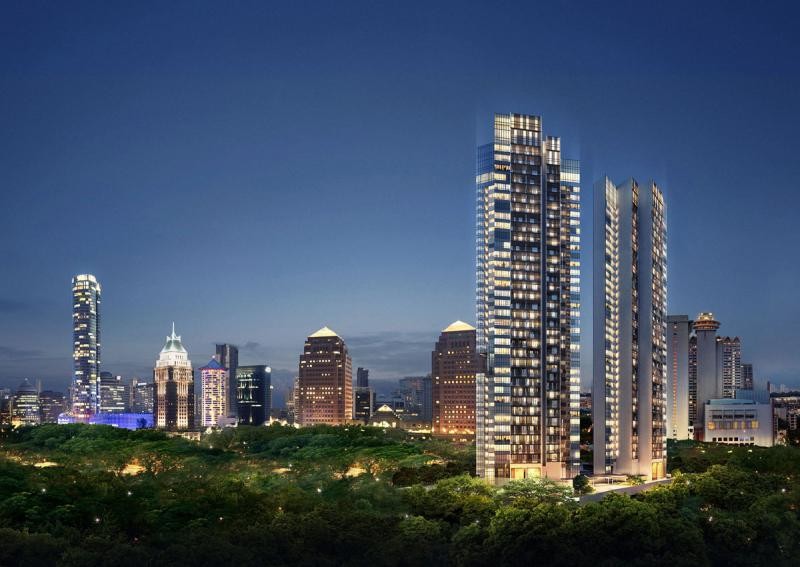 OUE'S latest marketing campaign for its high-end condominium project Twin Peaks has caught the attention of market players - for the steep discounts of 15 per cent off the price list and for its creative schemes.

With the tantalising discounts, prices now start at S$2,300 per square foot (psf) for selected "star-buy" units on the lower floors of this District 9 development at the junction of Leonie Hill Road and Grange Road.

Of the creative schemes dangled before potential buyers, one is a deferred payment scheme, which allows buyers to defer payment of the balance sum by two to three years; the other is a scheme under which buyers exercise their option to purchase (OTP) by Dec 30 this year.

Both are offered under private treaties; such schemes cast a spotlight on the flexibility that private treaties offer to developers whose projects have received Certificates of Statutory Completion (CSC).

Developers of uncompleted properties are unable to offer deferred payment schemes since the government abolished the scheme in 2007. Because OUE's project has obtained its CSC and is de-licensed, the developer is no longer subject to the provisions of the Housing Developers (Control & Licensing) Act and its rules, including the use of the prescribed OTP and sale-and-purchase agreement.

Under OUE's deferred payment scheme, buyers foot a 20 per cent downpayment to secure the option to purchase (OTP), and pay the remaining 80 per cent only two to three years later. They only need to pay another S$1,000 to exercise the OTP within two weeks and pay relevant stamp duties and S$1,000 to take vacant possession of the unit within eight weeks from the option date.

But the title deed will not be transferred to the buyer until two to three years later, though he or she can still occupy or rent out the unit. Buyers going for the deferred payment scheme under private treaty will get a price discount of 12 per cent instead, BT understands.

As for the other scheme that allows a buyer to exercise the OTP by Dec 30, the 15 per cent price discount applies.

Deferred payment schemes were also offered for selected units in completed projects such as Bishopsgate Residences by Kajima Development, going by an advertisement in The Star Malaysia late last year.

A lawyer who declined to be named said that private treaties provide great flexibility for the developer and buyers, and developers with projects nearing completion may hasten the process of obtaining the CSC.

The deferred payment scheme by OUE helps to ease buyers' cashflows, as it offers more time for them to dispose of other properties and secure a bigger loan when the 80 per cent payment falls due, market watchers said.

As for the scheme offering a longer exercise period, it facilitates buyers who are either waiting for the additional buyer's stamp duty (ABSD) to be tweaked by this year or who may need more time to dispose of an existing property to avoid the ABSD.

OUE has to finish selling all units of Twin Peaks by February 2017, failing which the extension charges under qualifying-certificate conditions kick in.

It has so far sold nearly 80 units of the 462 units at an average S$2,876 psf based on caveats lodged; it is still said to be looking to offload one of two 35-storey towers in a bulk sale.

The project obtained its temporary occupation permit (TOP) in February.