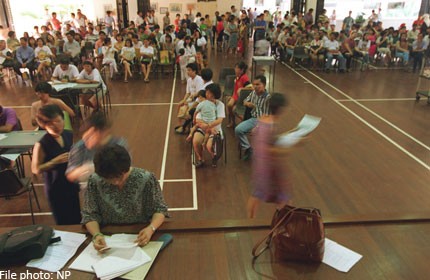 Many anxious parents have written in to express their concern over the Primary 1 registration and the priority given to certain groups.

My family had moved to be close to a popular Catholic boys' school, to enable our son to qualify for priority under Phase 2B. We were delighted that he was admitted. But within the first year, we were severely disappointed as the school fell short of expectations in all areas of academia, faith and children's well-being.

Our mistake was that we merely followed the crowd and did not speak to parents whose sons were already in the school, nor update ourselves on the standards of the school.

I have read of top Primary School Leaving Examination pupils who come from certain "branded" schools. What is not revealed is that many of these pupils are from the Gifted Education Programme (GEP) and are not representative of the school's cohort.

Many of these pupils originated from neighbourhood schools and had transferred to the GEP schools in Primary 4. What is also not revealed are such factors as extra tuition at home or at enrichment centres.

In the area of sports, certain schools have a stranglehold on national division titles. But the schools did not provide the coaches, training venues or remedial classes. The costs of coaching from a young age, equipment and extra nutrition, are all borne by the parents.

Thus, I have realised that no school produces top students on its own. What is important is the child's own talents, coupled with parental engagement and extra tuition and coaching. The "branded" school is just icing on the cake.