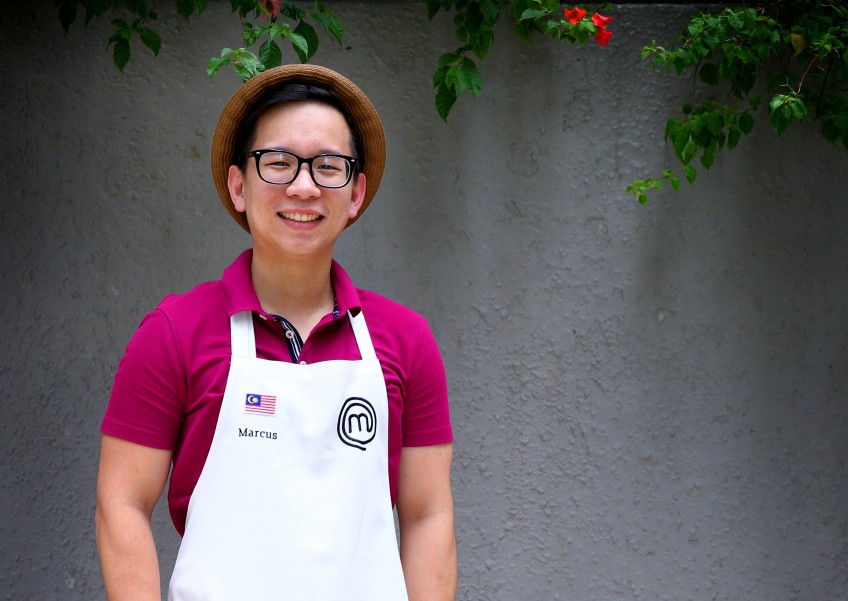 Marcus Low's plans to open his own pastry shop in five years' time got moved forward when he made it to the MasterChef Asia finale.

The 24-year-old bank employee who specialises in risk management had last year drafted the plan to pursue his passion.

Now, Low, the MasterChef Asia finalist from Malaysia, has said "bye" to his five-year plan and intends to open a pastry shop the first chance that he gets. "The thing about MasterChef Asia is that once you get in it (and have a taste of cooking on such a scale), it's hard to leave it," he told TNP.

Low, who is known as Marcus on the show, takes on Woo Wai Leong from Singapore for the winner's title in the finale tonight.

"My girlfriend said that me being on this show is a good thing, as fame is good for setting up a business.

"I am now looking for places to rent to set up my pastry shop," said Low.

For the finale, the soft-spoken dessert expert wants to showcase pastries with his own local spin.

For example, he is thinking of making key lime pie, an American dessert, with calamansi instead.

Being accepted on MasterChef Asia was a dream come true for Low, who has been a fan of the show since its predecessor versions from the US and Australia.

He had auditioned for MasterChef Australia, but did not make it.

Low said that his biggest bugbear as a contestant was working out of a kitchen that was not his own.

"When you are at home in your own kitchen, you know where everything is.

He said that all the finalists from countries such as India, Vietnam, China and the Philippines, ended up as good friends because they were not allowed to have any Internet connection during the six weeks when they filmed the show.

This article was first published on December 10, 2015.
Get The New Paper for more stories.