Perspectives from Asia on the aims of education 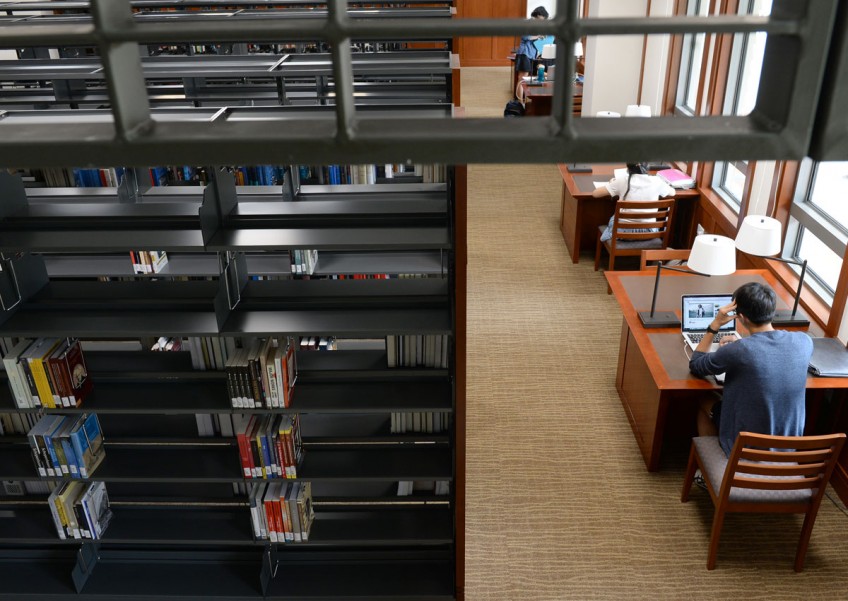 National University of Singapore president Tan Chorh Chuan charts Asia's course towards a massive rise in the numbers of tertiary-educated people, world-class universities and liberal arts education in this excerpt from his speech at Georgetown University in the United States last week

Some years ago, my wife and I visited Angel Falls in Venezuela. To get there, we started at a village called Kamarata and travelled three days upriver by boat with a boatman who was highly skilled.

He explained the most important thing he had to focus on: "Reading the water well."

Like the boatmen of Kamarata, we too, as educators, need to try to "read the water well". The main global currents of higher education are relevant to all of us, regardless of the part of the world we are in.

Some of these include the progressive internationalisation of higher education, reports of big mismatches between the skills needed by employers and what graduates possess when they leave university, how the nature of jobs may be fundamentally changed by technology, and new trends like the "sharing economy".

This includes our jobs as university educators as the debate on online learning continues. In recent years, there have been many articles with encouraging titles like this one from The Economist, "The digital degree. The staid higher-education business is about to experience a welcome earthquake".

How should we "read the waters" of higher education in Asia?

This is challenging because Asia comprises a very heterogeneous mix of countries with economies and higher-education systems at very different stages of development. For example, the government expenditure per tertiary student in Japan in 2012 was US$11,784, while that of India was US$828.

For a more contemporary comparison, we could use the iPhone Index compiled by UBS. To buy a new iPhone 6, a person in Tokyo would need to work for 40.5 hours, whereas a person in Mumbai would need 350 hours.

There are three major currents that merit attention.

Higher education in Asia is massifying at an unprecedented pace and scale.

In India in 2012, 18 per cent of students were enrolled in higher education, and there are plans to increase this to 30 per cent by 2020.

The British Council estimates that by 2020, China and India together would have 65 million students in tertiary education, compared with 20 million in the United States.

Why does this matter? Because there is a prospect that millions of students in Asia would be able to realise their potential and achieve upward social mobility through education. This is provided, of course, that the quality of university instruction is raised in the face of this rapid expansion.

This is a challenge, but it does open exciting new opportunities for Asia to innovate and to partner others and to raise the impact of its higher-education sector.

There are also important implications for the global economic balance. The Organisation for Economic Cooperation and Development projects that by 2020, the number of tertiary-educated adults in China will be equal to the total working population of the US (195 million people). For an institution like the National University of Singapore (NUS), in a small country like Singapore, we need to think deeply about how our graduates would be better able to contribute, excel and compete in such an environment.

Remember, just the top 1 per cent of graduates from China today number over 70,000 per year. This is nearly twice the number of babies born in Singapore annually.

A major priority in many Asian countries is to develop world-class universities.

A key reason is that many Asian countries see the world-class university as a necessary driver of more knowledge- and innovation- based economic growth. This desire has resulted in substantially more public funding for selected universities in these countries.

South Korea has its world-class universities project, launched in 2008 with US$600 million.

But the largest investments have been in China, where a series of special funding programmes have been directed at its best universities over the past decade.

Asian universities have also been actively learning and adapting from the best of US models, especially in recruitment, promotion and tenure practices, alumni cultivation and fund-raising.

The example of Tsinghua University in China is instructive. In 2006, its research budget was about US$300 million. Last year, it had doubled to US$630 million.

Last year, Tsinghua also received its largest gift of US$340 million to establish the Schwarzman Scholars programme, modelled after the Rhodes Scholarship in Oxford.

In the longer term, the scale and concentration of these investments will, if sustained, propel a number of Asian universities into the top league of global universities. Overall, this will be a positive development.

At the institutional level, though, each of us would need to consider how our own universities would continue to differentiate and to excel within this changing global higher education landscape.

There is a growing interest in liberal arts education in several parts of Asia.

This is still a nascent trend, but one that is likely to grow over time.

In the case of NUS, our educational programmes have shifted over the past two decades to encompass greater breadth, and teaching and assessment approaches that promote more interactive and critical intellectual engagement, together with a much larger emphasis on global education and experiential learning.

In 2008, the International Advisory Academic Panel advising the Ministry of Education suggested that Singapore consider setting up a liberal arts college. As this was well-aligned with NUS' educational directions, we carried out studies which concluded that this would add a new and valuable dimension to NUS education. It would help nurture students who can think from first principles across a broad range of topics. We could also take the opportunity to pioneer approaches in liberal education that were contextualised to Asia. This would create a new option that was not available to talented students from Singapore and the region, and enable NUS to attract more top students.

Our hope was that the graduates would go on to become leaders with a multicentric view of the world which includes a strong understanding of Asian perspectives. The lessons learnt in the process of establishing the programme would also provide useful new ideas and innovations which can be applied in the rest of NUS, to further raise the quality of our education.

In 2009, NUS and Yale University commenced discussions to jointly set up a liberal arts college in Singapore. Why did we embark on this partnership?

NUS has had very positive experiences in partnering top overseas universities such as MIT (Massachusetts Institute of Technology), Johns Hopkins University and Duke University to establish new schools and academic programmes in Singapore. In each case, our goal was not to import an existing model of education. Instead, we wanted to work with our partners to use the opportunity of starting from scratch, to re-imagine and innovate, and to create new educational value propositions.

In my discussions with then Yale president, Richard Levin, in 2009, it was quickly apparent that both NUS and Yale were keen to innovate to develop a liberal arts programme which might serve as a distinctive model for the future. Work proceeded apace and in 2013, the Yale-NUS College admitted its inaugural class of 150 students.

The common curriculum taken by all students in the first two years, emphasises a strong comparative approach to the intellectual traditions, cultures and contexts of the West and Asia. We have also endeavoured to build strong, purposeful linkages between in-classroom learning and experiential learning; and we have created new pathways for students through double-degree options with NUS Law, as well as articulations into master's programmes in Yale and NUS.

While these are still early days, we have been very happy with the very-high-quality students the college has attracted, and the excellent progress that that has been made in developing a truly energising learning community and culture. In the process, we have gained many deep insights which are also informing further educational reform within the larger NUS.

Within Asia, the way in which liberal arts education is defined and conceived varies, as do the reasons for the growing interest in it. As a broad generalisation, the focus of much of higher education in Asia has been largely utilitarian, as most countries are in the earlier stages of industrialisation. In several, early narrow specialisation and a dominant emphasis on science and technology subjects have helped support rapid economic growth.

Another important consideration is that in many parts of Asia, the higher education systems are heavily influenced by Confucian educational traditions. A major aspect of the Confucian tradition is the powerful focus that individuals, families and society place on the value of education. I was once invited for dinner in China, at a place called the Top-cholar Restaurant. Its walls sported a series of murals of famous Chinese scholars through the ages preparing for the imperial examinations. One picture depicted the scholar Ju Yin, who, after studying all day, would capture fireflies in a gauze bag to allow him to study into the night. Other scholars went even further. Sun Jing is famous because he tied his hair to the ceiling beam to prevent himself nodding off when studying.

This tradition results in highly motivated students. However, education within the Confucian tradition tends to be delivered through uni-directional teaching, from teacher to student, typically centred around lectures. One reason, therefore, for the growing interest in the liberal arts model is that it provides a much more interactive and engaged way of learning.

In tandem with this, there is also growing appreciation across Asia that universities need to foster more critical thinking and creativity, given the changing nature of work and society. In addition, the complexity of the issues of the future means that creativity would have to cut across boundaries, which may be intellectual, cultural or sectoral. Liberal arts education offers a a means to nurture such creativity as it is designed to encompass breadth, rigour, complexity and diversity.

However, in some parts of Asia, interest in the liberal arts model is often associated with a desire for greater local contextualisation, as for example, in China, which aims to develop world-class universities with "Chinese characteristics".

In summary, the purposes of education vary, depending on the phase of development of the country and educational system, and the changing local context. While the waters of higher education in Asia read somewhat differently today, yet there are interesting convergences with other parts of the world.

Each of us has the opportunity to read and interpret "the water", to define the purposes that are enduring and the areas where innovation and re-imagination are vital. Within this diversity of thinking and experimentation, we will find ideas, inspiration and partnerships that will enable each of our institutions and global higher education as a whole to grow stronger and to keep creating distinctive value well into the future.