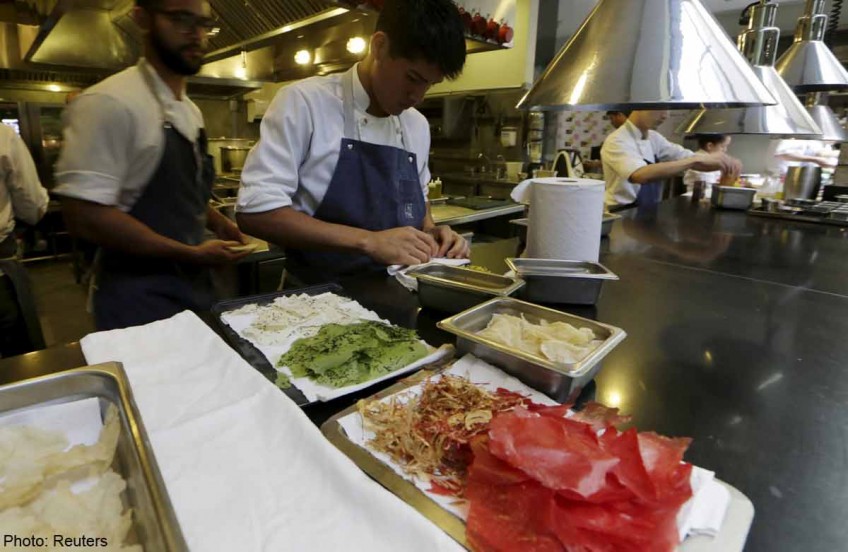 Lima - With its cosmopolitan flavours and rich palette of ingredients, Peruvian cuisine has appeared on the global food scene in recent years and now, a Lima restaurant, Central, has broken into the world top five.

It was a big night for Latin American restaurants. Nine regional restaurants made the prestigious list - three from Peru, three from Mexico, two from Brazil and one from Chile.

Martinez, 37, is a poster boy for the new generation of Latin American chefs. He opened Central five years ago on a quiet street in the residential neighbourhood of Miraflores.

It quickly became a magnet for foodies from around the world with a menu that celebrates Peru's rich biodiversity, drawing ingredients from environments ranging from the Amazon rainforest to the Andes mountains.

Like his mentor Gaston Acurio, the chef at Astrid y Gaston - No. 14 on this year's 50 Best list - Martinez is a cook with a cause, seeking to build close relationships with farmers, fishermen and suppliers to source the best local ingredients and put them in the global spotlight.

His tasting menus list his creations alongside the altitude where the main ingredients originate.

They range from 20m below sea level - razor clams with pepino melon and sweet lemon - to 3,900m above - tunta (a kind of sun-dried potato) with black herbs.

Together with his wife and partner, Pia, he goes to extremes to serve the finest ingredients.

The restaurant filters, ozonates and purifies its own water, and stores its organic chocolate in a wooden cupboard custom-made to provide the right temperature and humidity.

Peru is known for its original ingredients, including quinoa, alpaca, guinea pig and aji peppers, and dishes including ceviche (raw fish marinated in lime) and lomo saltado (beef stir fried).

It has been called fusion cuisine, with influences from Europe, Africa, Asia and the Americas.

Food historian Rosario Olivas of the Universidad San Martin de Porres in Lima said: "It's a very diverse cuisine, a mix of cultures and family traditions. It's a great joy to see Peruvian restaurants designated among the best in the world. We would never have imagined that 20 years ago."

Martinez started out as a law student before dropping out and enrolling in a French culinary school in Canada. He has worked in kitchens in Singapore, New York and Bangkok, eventually coming under the tutelage of Acurio.

Acurio's restaurants have been a driving force behind the world recognition of Peruvian cuisine for the past 20 years.

He has opened locations around the world, including in Madrid and Bogota, where Martinez headed the kitchens. Martinez opened Central in 2009 and has since followed in Acurio's footsteps, opening a franchise in London and planning another in Dubai in December.

Breaking into the top five world restaurants is an honour but also "a lot of responsibility", said chef Karime Lopez, who is in charge of creating Central's menus and travels around Peru to research the best ingredients.

"We're very happy but we're staying alert. We know we can't drop our guard," she said, keeping a watchful eye on the kitchen through the large glass window that separates it from the sober wood-and-stone restaurant, where clients reserve tables months in advance.