A pioneering look at the CIA's role in the Cambodian conflict 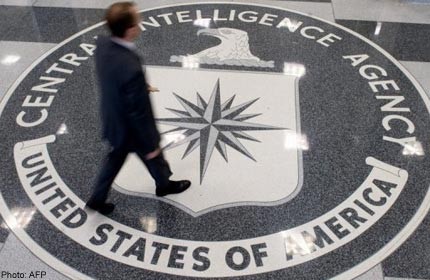 For a journalist, covering the Thai-Cambodian border in the 1970s and 1980s - with its battling armies, hordes of refugees and supporting cast of relief workers, diplomats and intelligence agents - was a challenging task, just to make sense of it all.

Many of my colleagues had the luxury, if that's the right word, of focusing entirely on what was then a global story. But some of us also had to spend an inordinate amount of time tracking domestic Thai politics, especially in the country's seriously- divided military.

During the abortive Young Turk coups of 1981 and 1985, that rift among opposing military academy classes posed a potentially serious security threat because rebellious Young Turk colonels were in charge of some of the key infantry units along the border.

We missed a lot out there then, but I had no idea how much until I read Mr Kenneth Conboy's The Cambodian Wars: Clashing Armies And CIA Covert Operations (University Press of Kansas) which, among other things, takes a pioneering look at the Central Intelligence Agency's role in the conflict.

A former analyst with Washington's Asian Studies Centre, the Jakarta-based Mr Conboy has over the past three decades written a string of politically-dispassionate, superbly-researched books on the agency's "secret wars" in Tibet, Laos and North Vietnam.

This one is no different, based as it is on interviews with former agency operatives, Thai Army officers and survivors of the non-communist Khmer People's National Liberation Front (KPNLF) and Prince Norodom Sihanouk's Armees Nationale Sihanoukienne (ANS).

Mr Conboy steers clear of the refugee issue, covered so well in William Shawcross' 1984 work, The Quality Of Mercy. Neither does he delve into the inner workings of the feared Khmer Rouge or the level of contact it may have had with the CIA in the 1980s. Some of the agency men he names or refers to by other means were familiar to me. They were colourful characters who, once you earned their trust, proved to be rich sources of information because of their access to satellite coverage and field radio intercepts.

All this proved particularly invaluable when Vietnamese forces toppled the Pol Pot regime in late 1978. In doing so, they demolished the credibility of the leftist academics who refused to accept the enormity of the Khmer Rouge's genocidal rule.

But in saving the Cambodians from further brutality, battle- hardened Vietnamese troops also came into direct confrontation with Thailand and the rest of non-communist South-east Asia. To them, Hanoi was a far dire long-term problem.

Mr Conboy lays the table with a succinct history of events since World War II, providing fresh insights into the actions of such key figures as Sihanouk, Lon Nol and Sirik Matak as Cambodia emerged from French colonial rule and found itself drawn into a wider Indochina war.

Dwelling briefly on the well- documented Khmer Rouge period, he then plunges into the most comprehensive account yet of how Thailand, Singapore and Malaysia sought to arm and train the non-communist resistance against the Vietnamese occupation.

There was an old adage back then that if you put five Cambodians in a room, you had five political parties. Certainly, that - and Sihanouk's ego - explains the incessant external and internal squabbles which wracked the KPNLF and ANS and sapped their effectiveness.

In fact, while they and their exasperated backers may have sought to keep the Khmer Rouge at arm's length and prevent its return to power, Mr Conboy notes that only its presence in the field allowed the non-communists to mount effective operations at all.

Fed up with the notoriously- stubborn KPNLF leader Son Sann, military chief General Sak Sutsakhan muttered at one point: "I would rather be in my own home, in my own bed, in California." He never did go back, dying in Phnom Penh in 1994 at the head of a small political party.

Mr Conboy covers all these machinations in such exhaustive detail it might well turn off readers unfamiliar with the period. But for the veteran reporters who covered the border, it is a superb record of a situation that always seemed chaotic at best.

Judging from surprisingly- frank People's Army of Vietnam (PAVN) archives, the fighting spawned heavier casualties than I had realised, particularly in the 1984-85 offensive which drove the resistance out of most of its border enclaves.

After rolling over the satellite camps of Nong Chan and Nong Sumet, the PAVN 5th Division lost only seven men in seizing the KPNLF's Amphil headquarters. This was its first division- level combined arms battle since South Vietnam's 1972 Easter Offensive.

But subsequent attacks against the Khmer Rouge's sprawling Phnom Malai mountain base, south of the district town of Sisophon, and the ANS' Tatum stronghold in the northern Dongrek range proved extremely costly.

At Phnom Malai, PAVN medics treated 732 casualties in the first month of the battle. At Tatum, the death toll was put at 125, with more than 300 wounded. But a decade later, the 302nd Division commander admitted casualties had topped 2,000.

Mr Conboy provides the first genuine assessment of CIA operations along the border. Interestingly, the agency's Aranyaprathet base, known as the Hilton, was headed in the late 1980s by Mr Davis Knowlton, the brother- in-law of a then-obscure major called David Petraeus.

Mr Knowlton was cross-posted to Manila and was on the scene in January 1991, just before Operation Desert Storm, when an Iraqi agent blew himself up on the footpath as he tried to carry a ticking time-bomb into Makati's Thomas Jefferson Library.

In an irony that would not have been lost on Mr Knowlton, it was Iraq's invasion of Kuwait that wrenched Washington's attention away from Cambodia and has kept it firmly focused on the Middle East and Afghanistan ever since.

Meanwhile, the full story of the CIA's role on the border will take longer to be told. As one of the author's sources, the retired Khmer-speaking Italian-American known as the Snake, tells me now, there are still issues that are too sensitive to discuss - even after this length of time.