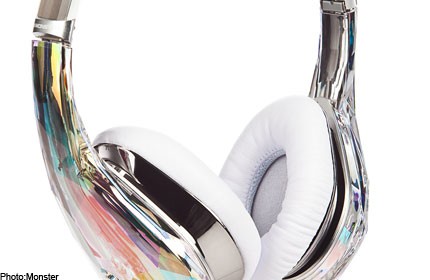 Now, Monster Products wants to put a stop to that.

The company's managing director for the Asia-Pacific, Mr Robert Fong, told Digital Life: "The contract between Monster and Amazon is supposed to be for the US market only. And there is no warranty if consumers here buy from Amazon."

In Singapore, the same headphones retail for $500.

Amazon's discounted price for the Monster iSports Victory is US$149.95, but it sells for $309 in local stores.

Said Mr Fong: "Singapore is not the only country complaining about this. The distributor here has to do a mark-up because it does local marketing.

"We are going to stop Amazon. This is the only way."

Even if distributors here were to lower their prices, sales are not likely to rise significantly, which explains why Monster would rather maintain the current prices it has set with its Asian distributors.

After all, it is distributors in South-east Asia who have boosted sales of Monster accessories to US$80 million last year, 23 per cent more than the US$65 million in 2011.

Monster launched more than a dozen new models of earphones and headphones here last week. Most are slated to reach stores by year's end.

Mr Fong said things have been looking up since Monster ended its partnership with Beats Electronics.

Beats now manufactures its own line of audio products. With Beats, the focus was on music, especially the hip-hop genre.

Monster's new line-up of accessories now includes more headphones in its sports range and a new set of headphones for PC and game consoles.

Monster headphones are known and, sometimes, criticised for their stronger bass levels.

Mr Fong said the company was aware of such criticism and is looking at lowering the bass in some models and tweaking the highs and mid tones.

"Working with Beats, it was about the music, and bass played a huge part," said Mr Fong.

"We have the young audience who like it, but we know that some do not, so we will focus on that."