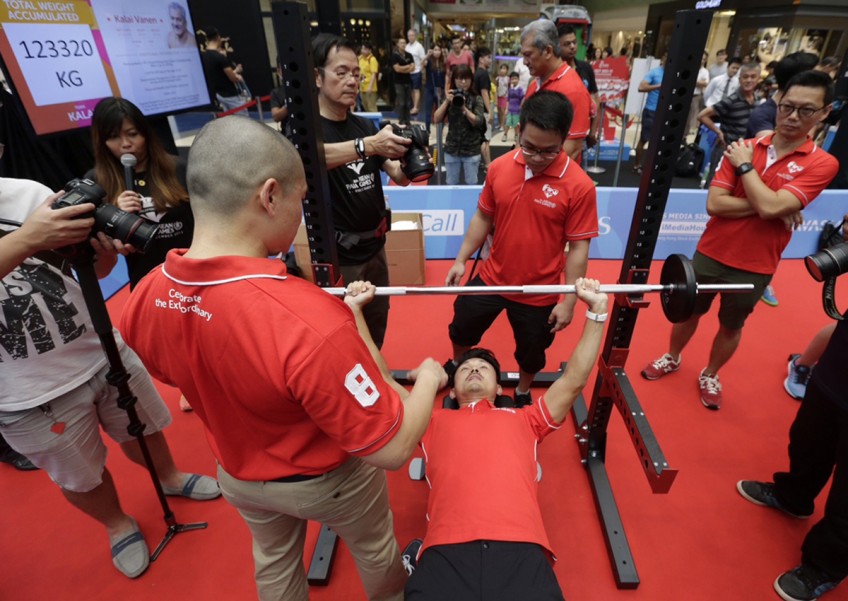 They may have picked up the sport only in February, but Singapore powerlifters Kalai Vanen and Melvyn Yeo are setting the bar high when it comes to the ASEAN Para Games (APG).

Spurred on by their performances in training, the duo believe they are on track to deliver the country's first-ever medals in the sport during the Dec 3-9 showpiece.

Kalai, for instance, is lifting at 155kg - a whopping 55kg increase from six months ago.

At the APG, the 56-year-old personal trainer is targeting 170kg, which would put him in bronze-medal contention in the 97kg category.

"I believe with home crowd support, anything is possible," said Kalai, who lost his left leg to cancer.

"It's a matter of mind over body. At the same time, we want to do well to inspire others with disabilities to get into sports."

While they seem similar, powerlifting differs from weightlifting, an Olympic event.

The snatch and clean-and-jerk performed in weightlifting use the explosive strength of an athlete to lift a barbell over the head.

Powerlifting centres on three lifts (squat, bench press, deadlift) that focus on absolute strength - the maximum force one can exert.

Like Kalai, 30-year-old Yeo is training up to six times a week - and the results are showing.

After his very first lift of 80kg, the gym instructor currently hovers around the 100kg level.

He hopes to hit 125kg at the APG, putting him in sight of a podium finish in the 65kg category.

"We are doing our best not just for ourselves, but with the hope of putting powerlifting on the map and hopefully getting an official federation and funding," said Yeo, who has cerebral palsy.

If Kalai and Yeo hit their respective targets, they will qualify for the Powerlifting World Cup set to be held in Dubai early next year.

They plan to join their Malaysian counterparts for a week-long training camp across the Causeway next month.

Yesterday, the duo skippered their respective teams in the APG Unified Powerlifting Challenge at Marina Square.

Joining in the friendly competition, Parliamentary Secretary (Culture, Community and Youth) Baey Yam Keng revealed that APG community initiatives have reached out to over 200,000 Singaporeans, and more such events will be held in the coming weeks to drum up support for Team Singapore.