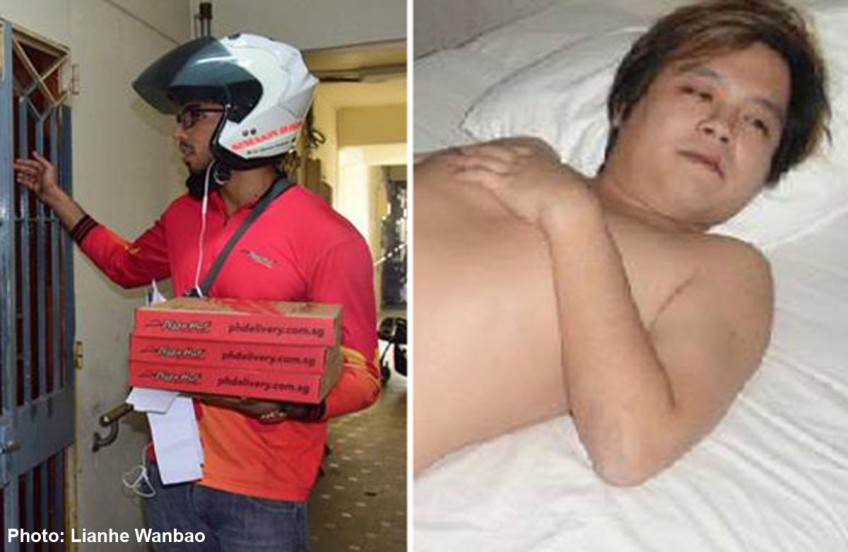 A Vietnamese tourist was subsequently left in tears while kneeling and begging for a refund after buying an iPhone 6 for his girlfriend at the same shop.

According to Lianhe Wanbao, netizens were unhappy with the actions of Jover Chew and sought to punish him by making him spend money on unnecessary items.

However, no one answered the door.

Things did not end there.

10 minutes later another order was made, but this time with the particulars of Jover Chew's wife.

Delivery men arrived for a second time at 11.55am, but once again no one claimed the pizza.

Lianhe Wanbao was unable to reach Pizza Hut for comments on the matter.