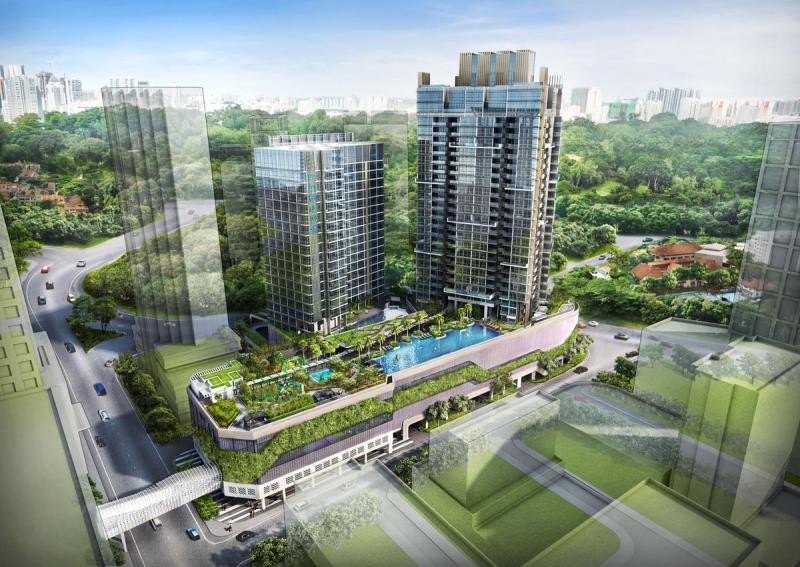 An increasingly stable HDB market could translate to some upgraders' demand, analysts say.

But they add that private home prices are still under pressure from economic headwinds, cooling measures and oversupply, borne out by steeper rental drops.

Indeed, given that the supply glut significantly outstrips leasing demand, rents have started to fall and should keep doing so at an even faster pace than prices, experts said.

Private home prices slipped 0.7 per cent in the first quarter after falling 0.5 per cent in the fourth quarter. This means the total price fall from the last peak in the third quarter of 2013 is 9.1 per cent.

Both price drops were in line with earlier estimates by the Urban Redevelopment Authority and HDB. The price index for CCR homes was likely boosted by last month's Cairnhill Nine launch which moved 177 units at a median price of $2,441 per sq ft (psf) in that month.

The pricing is well above average prices of about $2,100 psf in the region, said Mr Alan Cheong, Savills Singapore research head.

He said: "As transaction volumes in the CCR have been low, additional sales, even in multiples of tens, lift sagging market features."

However, a lack of new launches owing to fewer residential Government Land Sales means resale prices, which tend to be weaker, have been dragging down overall prices, Mr Cheong added.

Just 953 private homes were launched in the first quarter, the lowest since the fourth quarter of 2008 during the global financial crisis.

But while developers withheld their launches in January and February amid market uncertainty, the market has since gained some confidence, said Mr Ong Teck Hui, JLL national research director.

In fact, sales rose 7.2 per cent year on year to 2,847 units for the quarter, with increases seen across both new and resale markets.

Yet, most indicators are for prices to keep falling.

Manpower data on Wednesday showed layoffs rose 20 per cent from 2014 to 15,580 workers last year. This could mean more mortgagee sales ahead.

At the same time, cooling measures will continue to curb demand, with National Development Minister Lawrence Wong saying earlier this month that it is too early to unwind them.

Private home rents fell 1.3 per cent in the first quarter, similar to their drop in the fourth quarter.

They are now 9.1 per cent below their peak in the third quarter of 2013. An estimated 23,000 private housing units will be completed this year, more than double the 10-year average annual absorption rate of 9,085 units, said Mr Nicholas Mak, SLP International executive director.

"With another 22,800 units completing in 2017 and 2018, assuming the rate of population growth here remains constant, the leasing market situation will start improving only after 2018," he added.