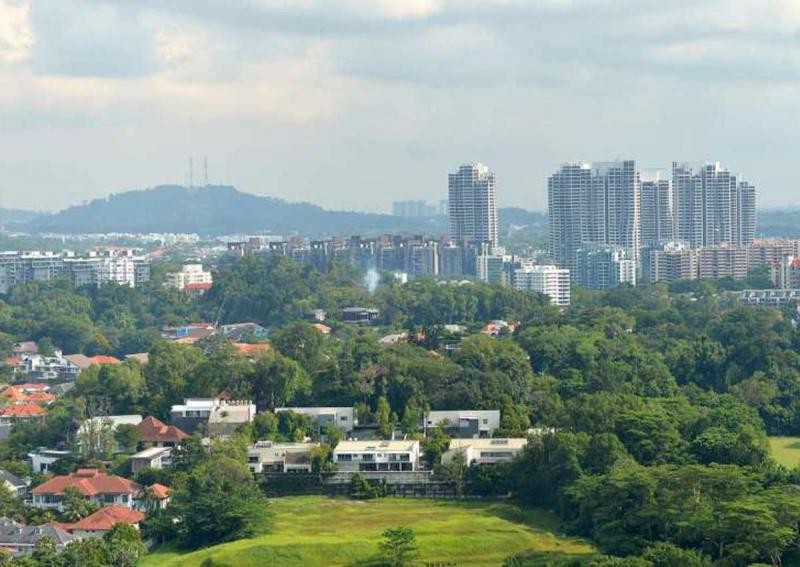 SINGAPORE - Private home prices and rents fell for an 11th straight quarter in the second quarter of this year, although this was at a slower pace than previously.

But vacancy rates of private residential units jumped 1.4 percentage points in the quarter to 8.9 per cent, the highest highest since 9.1 per cent in the second quarter of 2000.

A total of 30,310 private residential units were vacant in the second quarter, a rise of 5,391 units from the first quarter.

Overall private home prices are now 9.4 per cent lower than its last peak in the third quarter of 2013. They started declining after a round of Government cooling measures including loan curbs were introduced in June 2013.

Private home rents are now 9.6 per cent lower than its recent peak, as housing supply continues to outweigh rental demand.

Private home prices fell 0.4 per cent quarter on quarter, after slipping 0.7 per cent in the first quarter, according to data from the Urban Redevelopment Authority on Friday (July 22).

The outlook was still gloomy for private apartments in the suburbs, however, which prices fell 0.5 per cent.

Private home rents slipped 0.6 per cent in the second quarter after a 1.3 per cent decline in the first quarter.

Private apartment rents in the core central region rose 0.1 per cent while rentals in the rest of central region fell 0.6 per cent and suburban rentals fell 1.2 per cent.