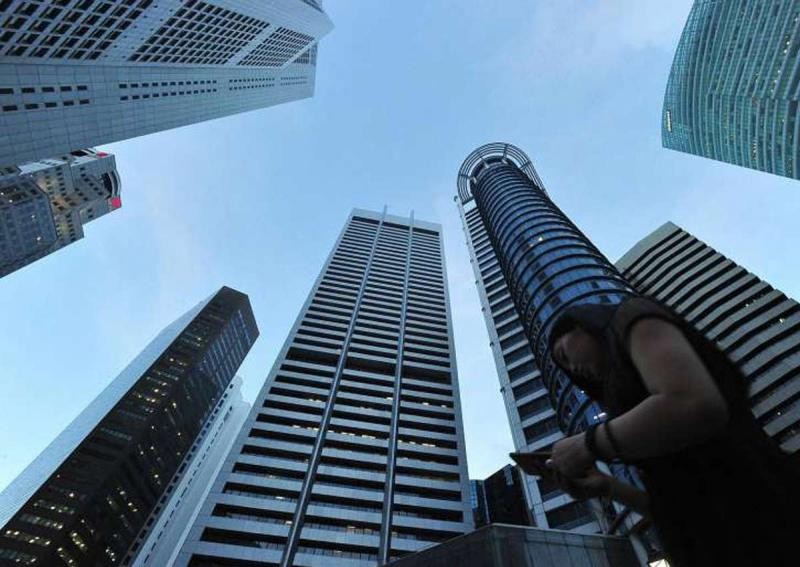 It was a busy 36 hours for bankers and property agents, taking calls from worried customers about their investments in Britain and Europe. Many people wanted to cash out, frightened at how their properties could be affected by the British vote to leave the European Union.

Others were more adventurous, hoping to capitalise on the panic in the markets to grab deals on the cheap.

Mr Richard Levene, Colliers International's director for international properties, also received several e-mails from investors looking for buying opportunities. "I see an advantage for buyers from Asia. As long as it's the right product, people will still buy to take advantage of the currency - they could make as much as 20 to 25 per cent on the currency over the next few years."

It was a similar situation for the banks, which entertained a deluge of calls from investors. Many relationship managers spent most of Friday calling their private banking clients to urge calm and discuss options.

DBS Treasures invited clients to participate in a webcast and live chat at 1pm last Friday about "the latest insights on risks and opportunities in exchange-traded funds post the Brexit memorandum".

A client adviser in another local bank sent an urgent e-mail asking customers to call if their funds were geographically based in Europe or Britain, regardless of whether they were held with the bank or other institutions: "Trust me, you need to talk to your relationship manager. If you can't reach me, call your relationship manager where your fund is."

Mr Jimson Cheng, 57, who has a two-bedroom unit in London, said he has no intentions to sell it. "I will re-form my view of the market... and in the meantime, continue accumulating pounds at a lower cost."

Mr Shaun Lee, 46, who sold his two-bedroom unit in London in May, is looking to buy. "It is likely there will be opportunities now, as people might exit the market due to uncertainty... There will always be demand for housing in London, as it's a Tier One city."

This article was first published on June 26, 2016.
Get a copy of The Straits Times or go to straitstimes.com for more stories.