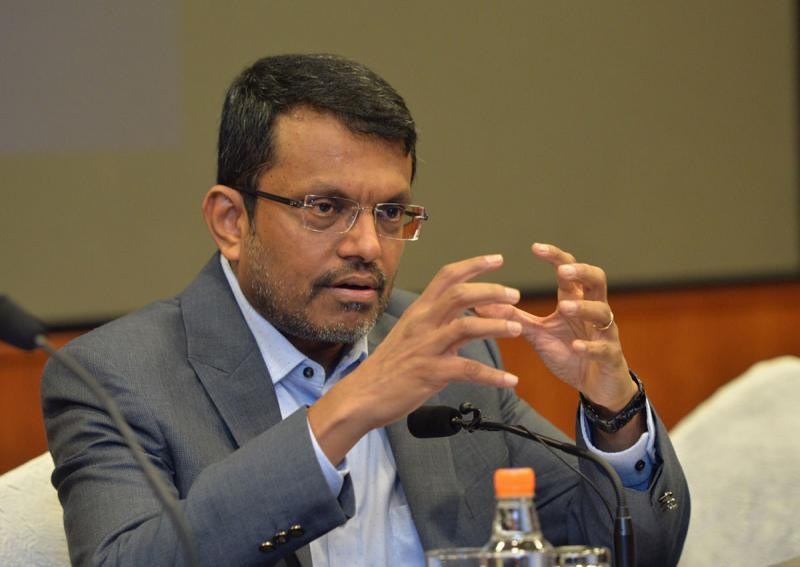 SINGAPORE - The property cooling measures will remain, the Monetary Authority of Singapore (MAS) said on Monday, noting risks of a renewed surge in property prices in this lower-for-longer-rates environment that keeps investors on the hunt for yield.

At a press briefing, MAS managing director Ravi Menon said property prices have adjusted "only modestly" after a run-up that was stronger than that of income growth.

Property prices have fallen by 9.4 per cent cumulatively, from the peak in the third quarter of 2013.

"It is not time yet to ease the property cooling measures," said MAS managing director Ravi Menon.

"There is still some way to go, to entrench the gains in stabilising the property market and restoring household debt sustainability."

The FTSE ST Real Estate Index closed 0.31 per cent lower on Monday, in line with the broader market.

In explaining its decision to keep the cooling measures in place, MAS put a distinction between moves to curb leverage in housing, and that of car financing.

MAS's measures in property buying would include tighter loan-to-value ratios, and imposing limits on loan tenure.

The government has also imposed duties to discourage the flipping of multiple properties.

The property cooling measures are meant to not just rein in inflationary pressures and lift financial prudence, but to also promote a stable and sustainable property market, MAS said.

The central bank noted Singapore's household balance sheets is strengthening, with annual growth in household debt moderating to 1.7 per cent in the first quarter of this year. This is down from about 8 per cent over the last five years.

Still, the risk of a renewed surge in property prices is not trivial, MAS said.

"And while the growth in household debt has eased considerably, it will take time for household balance sheets to strengthen and become more resilient to interest rate and income shocks."

By comparison, stringent curbs on car financing were imposed in 2013 mainly to restrain the strong demand for cars and COEs (certificates of entitlement), and thereby, ease pressures on inflation.

As a result, contribution of private road transport - excluding petrol - to headline inflation has eased from 1.3 percentage points in 2011-2012 to a negative 0.5 percentage point in the first quarter of 2016.

In response, MAS relaxed car loan curbs in May.

Buyers can now borrow up to 70 per cent of the purchase price and repay the loan within seven years, up from 60 per cent and five years previously.