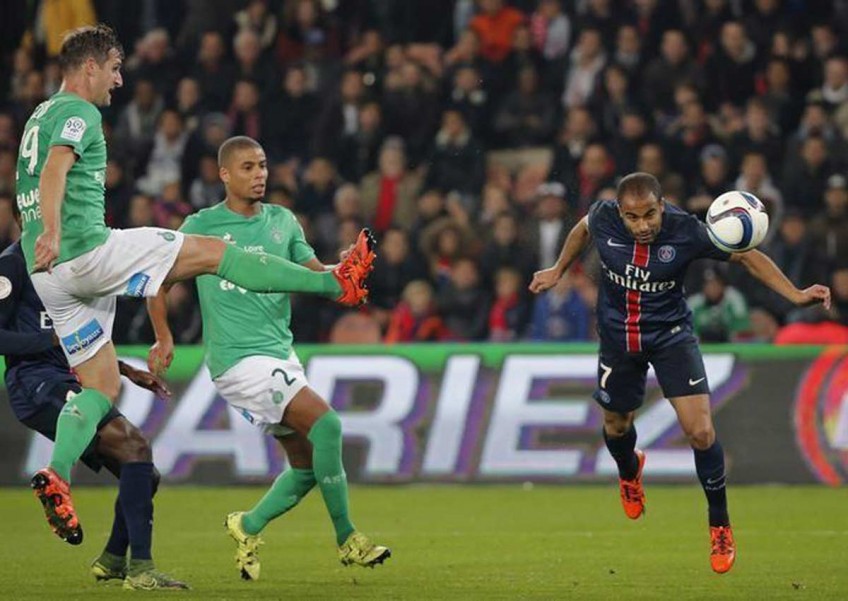 Paris St Germain extended their lead at the top of Ligue 1 after a routine 4-1 win over St Etienne on Sunday, while Marseille ended a seven-game winless streak with a 2-1 triumph at Lille.

Monaco won 1-0 away at Reims and Olympique Lyonnais overcame Toulouse 3-0 at home on Friday.

With second-placed Angers only managing a 0-0 home draw against Guingamp on Saturday, reigning champions PSG went seven points clear at the top of the table.

They took the lead after 23 minutes when Marco Verratti played in Layvin Kurzawa and the left back evaded the challenge of Francois Clerc before firing low beneath Stephane Ruffier for his first PSG goal.

Edinson Cavani added a second after 48 minutes, his seventh of the season, when he finished from close range after a superb cross from Zlatan Ibrahimovic.

The roles were reversed after 67 minutes when Cavani played in Ibrahimovic who tapped home past the sprawling Ruffier.

St Etienne pulled a goal back in bizarre fashion when aroutine clearance by Marquinhos deflected in off Verratti, but Lucas Moura restored the three-goal advantage on 87 minutes when he headed past Ruffier.

"Out of a possible 33 points, we've won 29," Moura told Canal Plus. "If we play like we did tonight, particularly in the second half, we can win the league, and go far in theChampions League."

Marseille won only their third league game of the season when they beat Lille away.

Sebastien Corchia responded for Lille 20 minutes from time but they drop to 15th having won only one of their last seven matches. Marseille are one place ahead of them on 12 points.

Monaco moved up to eighth after a 1-0 victory over Reims onSunday, Bordeaux beat bottom club Troyes 1-0 and third-placed Caen fell to a surprise 2-0 home defeat to Nantes.

Sergi Darder, Mathieu Valbuena and Maxwell Cornet scored the goals as Lyon trounced Toulouse 3-0 to move up to fourth.