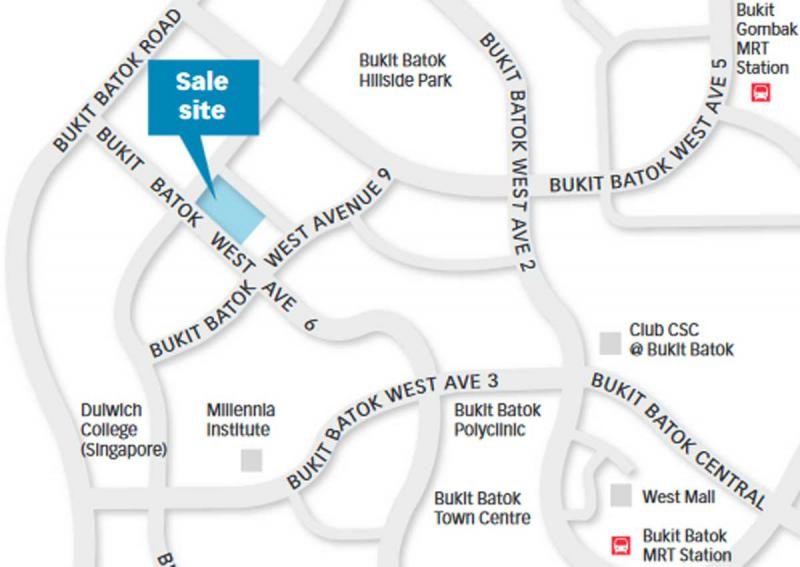 Singapore - Chinese developer Qingjian Realty seems to be on a roll. Fresh from clinching the Shunfu Ville en-bloc sale site in the Marymount area last week, it topped bids at Tuesday's state tender closing for a commercial-and-residential site in Bukit Batok West.

As well, mixed-development projects tend to be well sought after by home buyers.

Desmond Sim, CBRE Research's head of Singapore and South-east Asia, said the overall cutback in state land sales and the dearth of land parcels for sale in the area gave developers additional reasons to bid for this site.

Qingjian Realty (South Pacific) Group's general manager Li Jun said one attraction was the site's proximity to the Jurong district, where the government has "exciting and progressive development plans".

The Business Times' check with www.onemap.sg showed that the site along Bukit Batok West Avenue 6 is at least 1.8 km from the Jurong Lake District and even further away from the Jurong Innovation District.

When the plot was launched in late March, property consultants had forecast that the top bid would range from S$520 to S$620 psf ppr, and expected the site to garner five to 10 bids.

The site is in a less-developed locale of Bukit Batok and not within walking distance of any MRT station.

Apart from Qingjian, the rest of the bidders at Tuesday's tender were relatively measured, "probably still mindful of the risks as the market remains challenging", noted Mr Ong.

Mr Li said Qingjian Realty expects to build a condo of about 500 units and a one-storey mall. The condo is likely to be launched for sale in a year.

Qingjian Group, which will handle the project's construction, said that this would be Qingjian Realty's first mixed-development project in Singapore.

Mr Ong of JLL expects that the launch price for the condo will be around S$1,100 psf on average.

The commercial space has to be held in a single strata lot, that is, strata subdivision is not allowed.

In addition, the developer will have to build a child-care centre of at least 500 sq m, which is to form part of the development's common property.