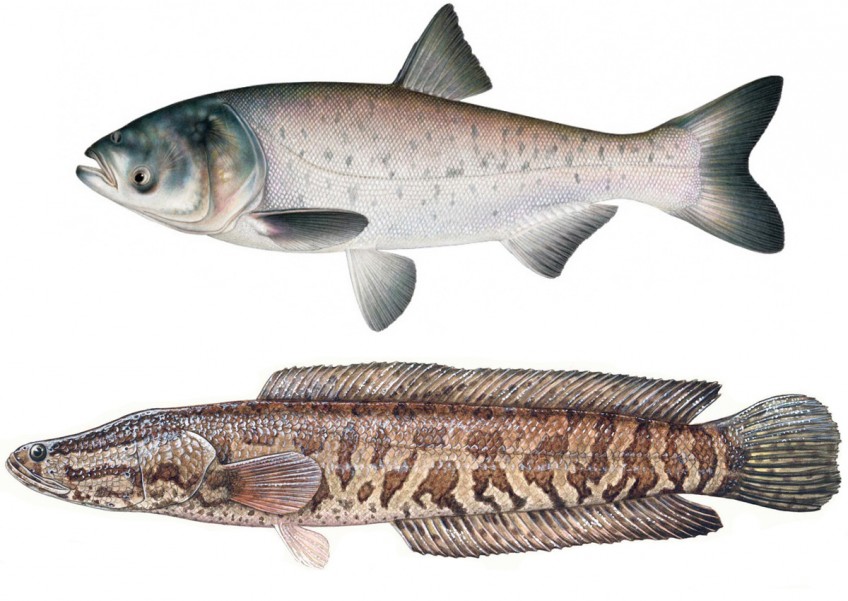 A man's hands were amputated earlier this week, and he is also set to lose his feet following a near-fatal food poisoning bout after he had eaten raw fish. Food poisoning cases have spiked among those who ate certain raw fish dishes here this year.

GBS bacteria are commonly found in the gut and urinary tract of 15 to 30 per cent of adults without causing any disease, but they may cause infections of the skin, joints, heart and brain. There is a possible link between raw fish consumption and GBS infection, the Ministry of Health (MOH) said last month.

It is highly esteemed for its head region. It has been imported usually as young fish to be cultivated or to be grown out in mud ponds for aquaculture and for food fish purposes.

Valued for its firm white flesh. It is used for tonic food, San lao hor fun and steam boat.

Song and toman fish are usually sold as yusheng, a raw fish dish. It is sold at hawker centres as thin slices of raw fish mixed in sesame oil and topped with ginger and chilli.

How is the current outbreak of GBS different from earlier ones?

Newborn babies and those with poorer immunity, such as those who have diabetes, cancer and HIV, are usually more vulnerable to the infection, but the current outbreak is afflicting young adults and the old. Put simply, it is the same bacterium - same soldier - but one that causes more damage. We are used to the mild ones. Now we are getting hit by the terrorist equivalent.

How does the bacteria invade the body?

GBS is commonly found in the body without invading the blood to cause disease. Occasionally, however, the bacteria may move, into the bloodstream to later enter joints, the brain or heart, causing infection.

Why does GBS bacteria have the potential to become so serious?

Dr Oon: Any bacterial infection that invades the body can be serious. Invasive disease can happen in healthy young and middle-aged adults as well, but this is rare. It can cause severe infections of the blood (bacteraemia), joints (septic arthritis), brain (meningitis) and heart (infective endocarditis).

Why is it that GBS bacteria affect fish species, in particular, the snakehead and Asian bighead carp?

Dr Leong: Bacteria, unlike viruses, are less species specific. For example, the human immunodeficiency virus (HIV) can be found only in monkeys and humans, but not pigs, mosquitoes or rats.

Bacteria, however, can work on different animals and are not species-specific. GBS has been identified in other fish, especially the tilapia fish, so it has a predisposition to affect fish.

Public hospitals report 238 cases of GBS infection in the first half of the year, up from an average of 150 cases in the last four years.

The authorities announce that they are investigating a claim circulating on WhatsApp that warned people of a bacteria outbreak from eating contaminated raw fish.

Hawkers say sales of raw fish dish have taken a hit as consumers are avoiding the dish even if it is made from other types of fish with no links to GBS.

Mr Howard Kuay gets a GBS infection after eating raw fish. His condition is so severe that he undergoes an operation on July 15 to drain pus from a swollen knee, but he has since been cleared of the infection.

Mr Tan Whee Boon suffered symptoms of food poisoning after eating raw fish on July 13. GBS was one of three strains found in his body. He also had severe pneumonia that was complicated by sepsis. He was given a drug to direct blood flow to his vital organs, but the drug that saved his life turned his hands and feet gangrenous. His hands were amputated earlier this week, and his feet will be amputated next week.

What the authorities say

- MOH says it has found a link between the consumption of raw fish and GBS infection in a "limited number" of cases. It is carrying out further studies before reaching a definite conclusion.

- GBS can be found in fish, but it does not pose an issue if the fish is well cooked.

- But vulnerable groups of people, especially young children, pregnant women and the elderly, should exercise caution by avoiding raw ready-to-eat food such as raw oysters and sashimi.

- The infection usually manifests itself in the form of lung, soft tissue or joint infection.

- The most common symptom of an infection is a fever.

- The infection can be treated with common antibiotics such as penicillin.

- But early recognition and getting timely treatment are important.

This article was first published on August 21, 2015.
Get a copy of The Straits Times or go to straitstimes.com for more stories.