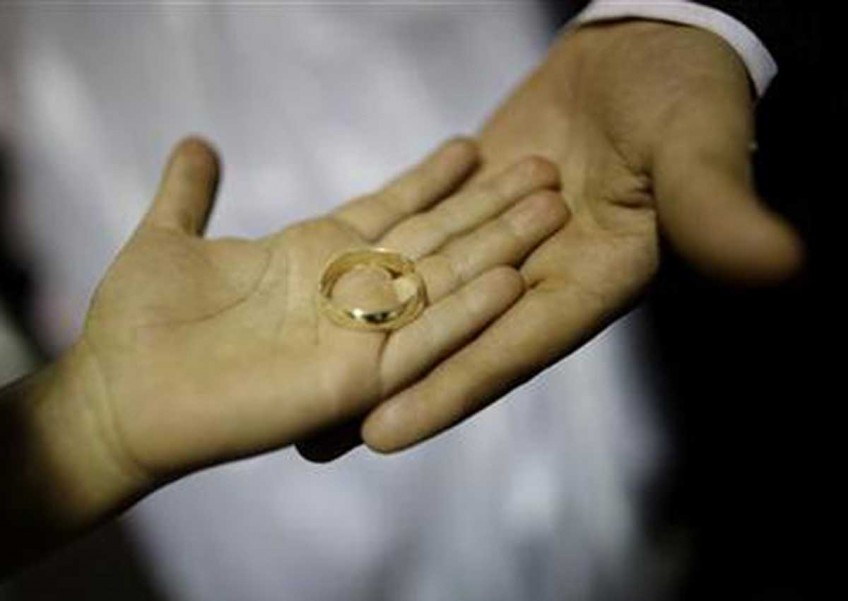 As far back as two decades ago, people were already debating whether it was only the husband's duty to maintain the spouse, post-divorce.

In 1996, then Community Development Minister Abdullah Tarmugi held that "it is the husband's duty to maintain the wife - morally, legally".

Now, the Ministry of Social and Family Development (MSF) is proposing a change to the Women's Charter in which divorced women have to pay maintenance to their former husbands, should the men be incapacitated by illness or disability and are out of work.

Although it may seem so, this does not signal a change in stance by the authorities towards the differing level of financial responsibility husbands and wives have towards each other.

"Feedback from stakeholders indicates that our society is not ready to accept that women have the same responsibility as men to support their ex-spouse," said an MSF spokesman in a consultation paper for the proposed changes.

Some social activists and lawyers are disappointed as the change, while compassionate, will affect only a small group of men who cannot work due to illness or disability. The situation will not change for men who bring home less than the wife or house husbands who spend the prime years of their lives on housework and raising the kids.

However, given the reality - supported by surveys - that the burden of care for children and the elderly still falls largely on the shoulders of women, current laws remain relevant. Giving a divorced woman maintenance is a way of levelling the playing field for her in a system that devalues her non-market contributions to the marriage. This is the unpaid work at home and the opportunity cost of not having a job and thereby not having the updated skills needed for future employment.

Granted, the situation may change in the future as more men opt for the broom rather than the boardroom. However, until that day comes, the latest proposed move is fair enough to the men, and women.