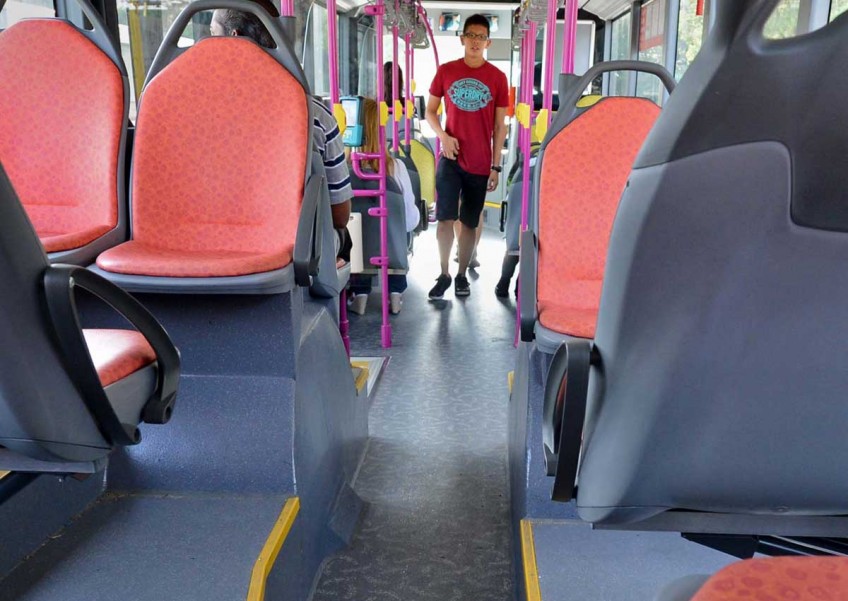 On Jan 8, at about 9.40am, I took SBS Transit bus service 198 from the bus stop at Queensway (after Queenstown NPC HQ).

The bus was heading in the direction of Jurong. In the middle of the journey, I heard an elderly Malay

woman asking what was happening. When I looked up, I realised the bus driver had taken a wrong turn.

After entering the AYE from North Buona Vista Road, his next exit from the AYE should have been Exit 13, into Jurong Town Hall Road.

Instead, he took Exit 9, into Clementi Road.

When he realised his mistake, he tried to exit on the next exit on the University Flyover.

But at the last minute, he swerved away when a commuter informed him that the exit was for AYE in the direction of Changi, and not Jurong.

After swerving, he cut through three lanes and tried to make a U-turn at the next traffic light, turning right into Dover Road.

As he was driving a double-decker bus, he was unsuccessful.

He then followed up with a three-point turn in the middle of a major traffic light junction.

I have a few concerns that need addressing:

The bus driver was a Chinese national and was unable to speak English and thus was not able to communicate with the elderly Malay commuter.

He is likely to have taken the wrong turn as he may not have been able to read English, causing this to happen.

He put our lives in potential danger with his lack of knowledge of Singapore roads and reckless driving.

As fares are calculated by distance travelled, were the commuters on that bus overcharged since we were taken on an unnecessarily long trip?

We refer to the letter by Mr Alex Bay.

On this occasion, the bus captain had made a wrong turn on service 198 and deviated from the planned route.

From the CCTV footage, we note that when the bus captain realised his mistake, he offered an apology to passengers. In his attempt to get back on the planned route, the bus captain took matters into his own hands instead of contacting the Operations Control Centre for assistance.

This is not condoned and we take a serious view of the dangerous driving exhibited by our bus captain.

We are thankful no one was hurt as a result. For his lapses, we will be taking disciplinary action against our bus captain.

On the issue of fares, commuters would not have been charged higher fares for the additional distance travelled as fares are programmed and pegged to the distances of the bus stops.

Since no bus stop was skipped, the regular fare would have been charged.

To the female commuter who assisted our bus captain, thank you for your help.

To all affected commuters, we are sorry for the distress and inconvenience caused.