Red Bull may pick one of their proteges to replace Webber 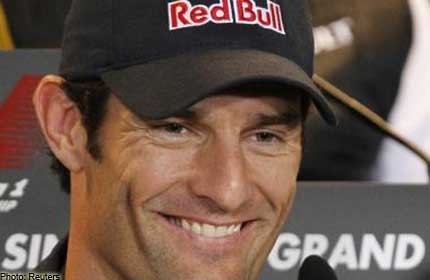 Speculation on who will be behind the controls of F1 cars for next season has gone into overdrive since Mark Webber announced his departure from Red Bull at the end of the 2013 season.

It has opened up a vacancy for one of the most desirable drives in the sport and, if one is to believe the gossip, Kimi Raikkonen and Fernando Alonso might be vying to partner Sebastian Vettel next year.

However, given the huge investment that Red Bull have made in their driver development programme over the years, it seems more logical that they opt for one of their own proteges.

Currently, Red Bull support around a dozen young drivers in the categories leading to Formula One. At the head are the drivers for Red Bull's junior F1 team Scuderia Toro Rosso - Jean-Eric Vergne and Daniel Ricciardo.

Either could be poised to follow the route taken by Vettel, who spent a season with Toro Rosso in 2008 before graduating to Red Bull.

However, a seat at Toro Rosso does not guarantee future success as drivers, including Sebastien Buemi and Jaime Alguersuari, can testify.

They were dropped in 2011 by Dr Helmut Marko, head of the Red Bull driver development programme, to make way for the latest talent.

Marko, often noted for his outspoken comments, is a tough ex-racer. He drove in Formula One in 1971 and 1972.

At the same time, he also established himself as a sports car ace, driving cars such as the legendary Porsche 917 and winning the 1971 Le Mans 24 Hours.

His racing career was ended, in a chilling parallel with Felipe Massa's accident in Hungary in 2009, when a stone thrown up by a car ahead of him in the 1972 French Grand Prix penetrated his helmet visor.

Unlike Massa, there was no prospect of a return to the track, with injuries costing him the sight in his left eye.

Marko then returned to his native Graz in Austria and established a number of successful businesses. He also managed Austrian racing drivers Gerhard Berger and Karl Wendlinger, before running his own Formula Three racing team.

In that endeavour, he was supported, among others, by a fellow Austrian - Red Bull drinks magnate Dietrich Mateschitz.

Although Red Bull Racing director Christian Horner has the prime role in selecting the 2014 driver line-up, it is clear that both Marko and Mateschitz have significant input too.

They may be reluctant to destabilise Vettel's title-winning capability by introducing the intensely competitive Alonso, although the more laid-back Raikkonen could potentially fit in better.

If not, it is back to the Toro Rosso drivers.

Ricciardo's star has risen with some spectacular qualifying drives in recent races, even as Vergne's progress has faltered.

If the young Australian does secure Webber's seat, watch out for an announcement at the race which attracts the second-biggest Australian crowd after their home Grand Prix - Singapore.

Meanwhile, what of Alonso and Raikkonen?

In Alonso's case, despite the Red Bull rumours, it should be remembered that he signed a contract last year which runs until 2016.

However, the occupant of the second Ferrari seat does provide room for speculation.

After another season of disappointing results, unless there is a rapid turnaround in form, Massa's prospects of a Ferrari contract renewal look increasingly tenuous.

Would Raikkonen, whose contract with Lotus expires at the end of the season, be a prospect for a return to his old Italian stomping ground?

Ferrari could alternatively seek new blood such as Sauber's Nico Hulkenberg or one of the Force India duo - Paul di Resta or Adrian Sutil.

They could also hang on to Massa for another year to allow Ferrari junior driver Jules Bianchi to gain more experience before taking over.