BEIJING, CHINA - Media OutReach - Jul 4, 2016 - Three years after the passing of Master Jinghui, a prominent figure in Buddhist history, famous Chinese Buddhist monks and scholars and revered personalities from Germany and other parts of the world attended a special memorial ceremony for the venerable master at the People's Hall of Shijiazhuang in Hebei, China. 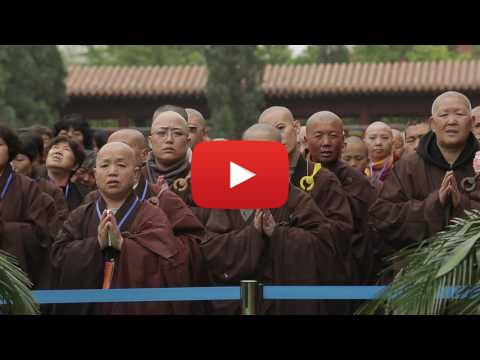 During the event, Master Jinghui was acknowledged by Buddhist monks and scholars as the catalyst for Modern Buddhist Renaissance in China. His devotion and tireless efforts in raising funds for the renovation of the Bailin Temple were also recognized. With his unremitting work, the temple was transformed to become a sublime Buddhist center with beautiful, monastic environment.

Known to many, Master Jinghui was already learning and practicing the teachings of Zen tradition directly under Venerable Abbot Xuyu at a young age. Although always busy, he was seen as very fresh, vigorous with a calm and peaceful mind. One of his famous teachings is the Zen's Way of Life. Since 1993, armed with his profound meditation experiences and deep understanding of problems of modern living, he conducted so many teachings about this special spiritual therapy that is focused on integrating the practice of Zen in to our modern lives. He was so devoted to breaking down the walls between devotion to Buddhist ideology and modern living.

He also said that the Zen's Way of life is to apply the wisdom and the very essence of Zen in our daily such as appreciating every grain of rice; lending a hand to your fellow man; applying a calm, cool, and collected attitude to all things in one's life. These practical principles have been very essential to Buddhists and non-Buddhists alike, thus drawing wide social concern and have reached other parts of the world as well.

Truly, even after his death, Master Jinghui's messages still echo up to this very day.  The master also summarized the essential meaning of Zen's Way of Life as, "Life bound to enlightenment, Life with devotion." To say that his teachings had been highly praised by people in and out of the Buddhist community is an understatement.

BON Cloud is a private Chinese cloud-based internet media company that facilitates the creation and distribution of English-language China-centric media content. We have a wide range of China-focused stories on business, technology, health and living, travel and lifestyle, and infotainment all geared to media's reproduction requirements and broadcasting needs, as well audience distribution. Currently we have 6000 registered media users, 4000 producers across 120 countries and is a content supplier to international media players such as AP, Bloomberg, EPA, and Caters; TV networks such as CBS, Fox, and ABC; and significant digital platforms around the world.