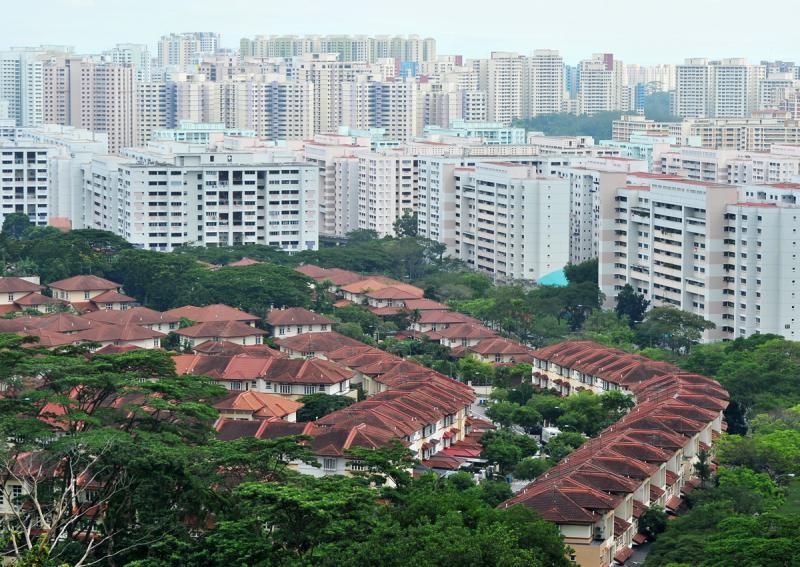 The rental market softened last month after a brief spurt in March when new leases signed for Housing Board flats and private apartments jumped by double digits in percentage terms from February.

This slowdown was well within expectations, given that the inflow of foreign professionals tends to be higher at the start of the year, especially just after Chinese New Year, experts noted.

Still, year on year, rental volume was higher for both segments - reflecting the changing nature of tenancies, where leases are as short as six months.

Both have been on a slide, owing to the rising number of home completions combined with little new demand from expatriates.

The flatness in private apartment rents last month was likely a compensation for the sharp decline in March, said Mr Alan Cheong, Savills Singapore research head. "The rental market has not been accelerating in its decline, but is falling in a 'sawtooth' pattern. This suggests the market is still rational, rather than going into a freefall where one would see constant or accelerating declines," said Mr Cheong.

HDB rents are falling as tenants have many choices, with increased private condominium completions since 2014 and more HDB flats up for sublet as their owners upgrade, said Mr Ong Kah Seng, R'ST Research director.

The number of private apartments rented out last month fell 10.3 per cent month on month to 3,953 but that was 10.5 per cent higher than a year back.

"Rents are getting very competitive. Any owners who try to keep to their previously transacted rents can be prepared to have difficulties renting out," Mr Lim added.