Ringgit down but food from Malaysia not cheaper 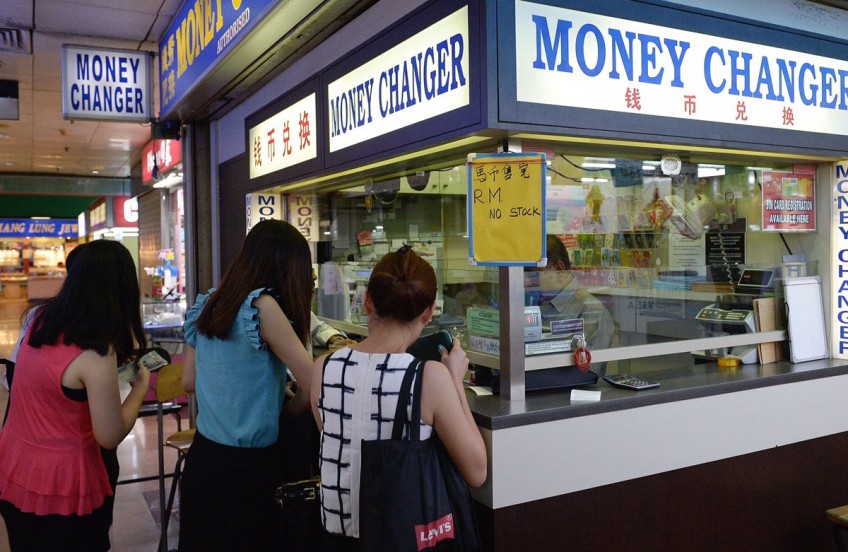 The ringgit may be falling, but other issues are in play that are preventing shoppers here from enjoying cheaper food from Malaysia.

Wholesalers told The Straits Times that they trade mainly in the Singdollar, not ringgit, as it is a stronger currency and so more stable, but other factors such as the seasonality of certain food, holiday periods and unchanged air transport costs also affect prices.

The ringgit has fallen by about 6 per cent against the Singdollar this year and hovered around RM2.80 yesterday.

Mr Desmond Bernavey Lee, director of FRESHDirect, which imports fruit and vegetables from Malaysia, among other countries, said prices of end produce are not solely based on the currency exchange rate.

"For example, tomatoes are now very expensive, partly because they are seasonal but also because of Hari Raya, since tomatoes are used in Malaysian cuisine." It was 65 Singapore cents per kg at the start of this year but now it is $1.80 per kg, said Mr Lee. He added that end-produce prices have not come down because air transport fees have not been reduced despite falling oil prices.

However, there is a bright side, with Mr Lee noting that the stronger Singdollar has put wholesalers here in a better position to import fresh produce from other countries, such as those in Europe, compared with last year.

Mr Gan Kim Chor, director of Yanhong, an importer, exporter, wholesaler and distributor of eggs, said the price of fresh eggs from Malaysia "is quite low now, compared with last year", but he declined to reveal the price.

This is partly because production levels last year could not match demand.

He also noted that egg production in Malaysia increased this year but demand here has decreased, possibly because of the slump in the restaurant business.

Supermarkets here also tell a similar story. An NTUC FairPrice spokesman said that the supermarket chain "has not observed any major price changes from our suppliers or manufacturers for products from Malaysia due to currency fluctuations and prices have remained stable in our stores".

She added that it "usually takes some time for retail prices to reflect changes in foreign currency fluctuations", and other factors such as weather conditions, demand and supply, and political conditions can also lead to price changes.

This article was first published on June 27, 2015.
Get a copy of The Straits Times or go to straitstimes.com for more stories.