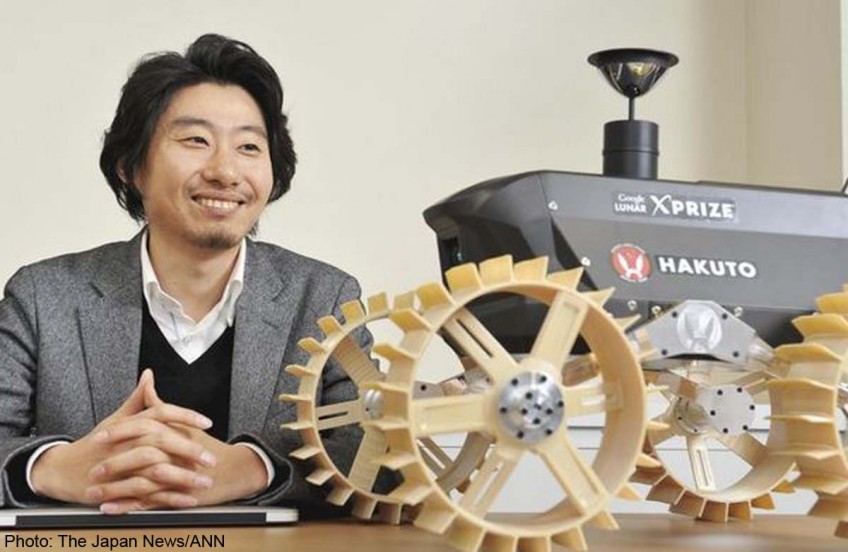 Takeshi Hakamada, 35, leads a team that is racing to develop a robotic rover for moon exploration, in a competition sponsored by Google Inc. that runs until the end of next year. The sole team from Japan, named "Hakuto," comprises about 40 members including engineers and businesspeople.

"I want to prove that space exploration is possible without dependence on the nation's funds. If we make it, an increasing number of people will enter the space business, which will result in the advancement of technological innovation," he said.

Hakamada, who was inspired by the "Star Wars" movie series, aspired to design spacecraft, and went to graduate school in the United States. At the school, he learned to develop technology that meets the demands of the market, and changed the course of his career, thinking, "I want to become a person who supports engineers from the perspective of business management." After returning to Japan, he entered a consulting firm.

He learned about the space competition six years ago. Though Hakamada hesitated to participate, concerned about its profitability, he made up his mind with the ambition of venturing into outer space. He recruited team members and sought sponsors, saying: "The possibility of success depends on effort. I need your ideas."

The team's rovers under development are able to freely run in sand and on slopes. "I'm sure that [our team] has the world's top technology."

The team is named after a legendary white rabbit seen on the moon. "There are many things that I want to work on, such as moving to space and the exploration of resources there. This competition is the first step," Hakamada said, with conviction.