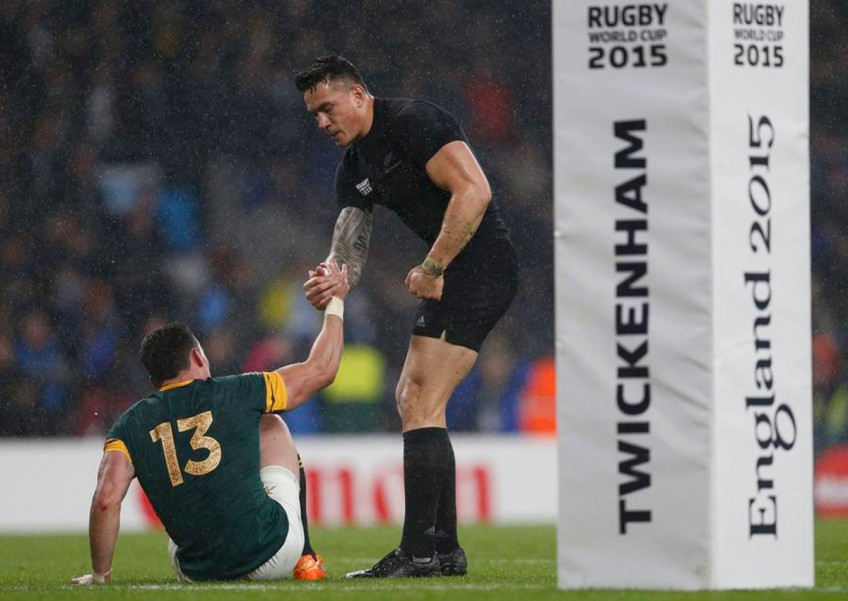 CAPE TOWN - As South Africa reflect on their 20-18 Rugby World Cup semi-final defeat to New Zealand at Twickenham on Saturday, they will rue a crucial eight-minute spell in the second half when they failed to build a game-winning lead.

The Springboks held a 12-7 lead at halftime and came out for the second period with the additional advantage of having an extra man after New Zealand's Jerome Kaino received a yellow card just before the break.

With a creative backline just waiting to be unleashed, South Africa instead took a conservative approach and their determination to kick rather than keep the ball in hand gifted the momentum back to New Zealand.

With the rain starting to fall, the All Blacks actually closed the gap via a Dan Carter drop goal and grew in strength from there.

Former South Africa coach Nick Mallett told SuperSport the start of the second half had been the time to hammer home the advantage, not play it safe. "Those first eight minutes were crucial with New Zealand reduced to 14 men," he said. "We had to score at least three points during that period and prevent the All Blacks scoring. Instead, New Zealand scored three points and we did not score. This semi-final turned on tiny things and that was a critical stage of the game."

Mallett said New Zealand's mindset and the confidence in their ability to turn around a deficit had a major impact. "That comes from winning tests - they have lost just three since winning the last World Cup, he added.

"South Africa do not have that belief because they have lost more matches, especially this year in the build-up to the tournament."

The overall reaction in South Africa to the semi-final defeat has been one of "well played" for running the All Blacks close, but questions will undoubtedly be asked about the conservative game plan of coach Heyneke Meyer.

South Africa are going places, Meyer said, but critics will ask if he is the right man to take them there. "If you look at the guys who played in our team, 80 or 90 percent of them can be in the next World Cup," Meyer said. "It isn't just about World Cups but I really believe this team can go places. "So many youngsters came through in all positions, and I think this can be one of the best teams in the world going forward."