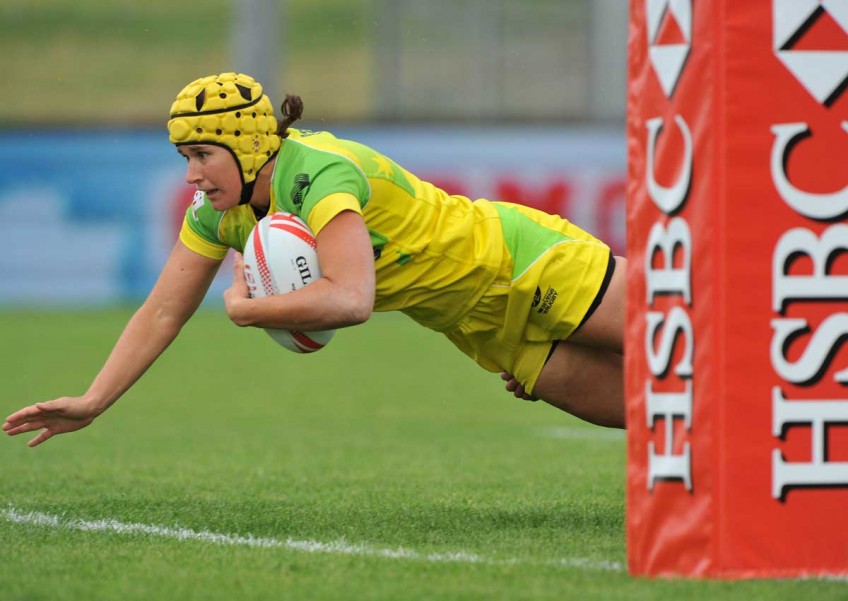 Australia's Shannon Parry scores a try during the HSBC World Rugby Women's Sevens Series match between Australia and New Zealand on May 29, 2016 at the Gabriel Montpied stadium in Clermont-Ferrand, central France, on May 29, 2016.
AFP

SYDNEY - Jesse Parahi's decision to ditch rugby league and pursue an Olympic dream paid off on Thursday when he was named in Australia's sevens squad for Rio de Janeiro.

The former back-rower with the Wests Tigers in the National Rugby League was part of a 12-man roster whose hopes are high of winning gold in sevens' Olympic debut next month.

Veteran Ed Jenkins skippers the side with coach Andy Friend naming no big-name Wallaby recruits, after Quade Cooper was told in May he would not be considered.

"The team went really well this year and it gave a few guys a chance on the circuit which was great for the side's development," Jenkins said.

"We always had in the back of our minds that the Olympics was the one that we wanted to win this year so the World Series gave us the chance to build towards Rio and get everyone fit, healthy and ready to go."

The Australian men are ranked fourth in the world, but the women are number one after winning the Rugby Sevens World Series this year in dominant fashion.

Forwards Sharni Williams and Shannon Parry co-captain the 12-strong side that also features the likes of Emilee Cherry, Charlotte Caslick and Ellia Green.

"Our goal is to go to Rio and win gold and it is something we speak about every day," said Williams.

"The World Series win has certainly given us the confidence to achieve that goal."