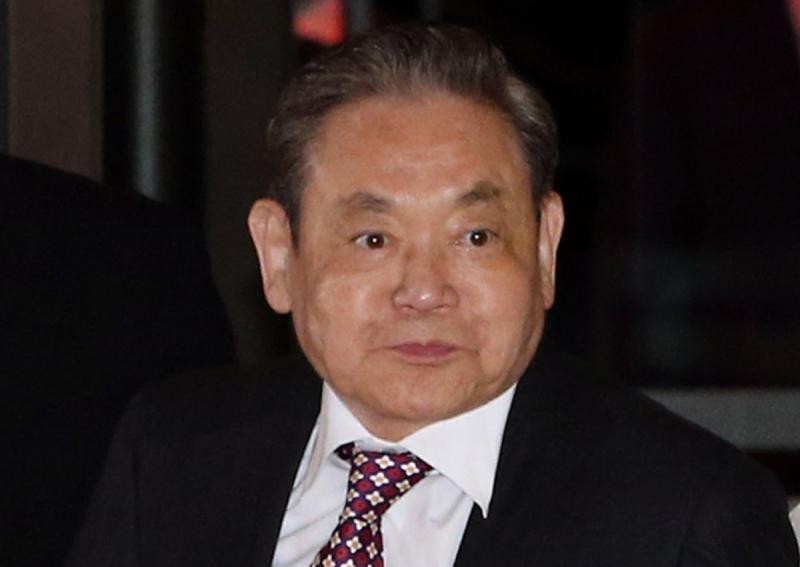 NewsTapa aired video clips showing a group of women enter Lee's home in southern Seoul. The dialogue between Lee and the women indicates that illegal sexual services were provided. The women are also shown accepting envelopes that allegedly contained 5 million won (S$5,979) each.

Further, the report showed that Samsung borrowed the names of high-profile employees to aid the chairman's illicit activities.

On July 22, Samsung Group issued a formal statement saying it has nothing to comment, for "it is a personal matter". Samsung also said it was "regretful" that such personal issues are causing a stir.

NewsTapa did not reveal the identity of those who provided the videos. But it said there was evidence that two people attempted to blackmail Samsung with the videos. The group said it had received the threats, but had not responded.

The two - revealed only by their surnames Sun and Lee - were imprisoned for using illegal drugs in 2014, but were released on probation, according to news reports. Their whereabouts have not been confirmed.

Meanwhile, the Samsung chairman has been bedridden for more than two years since suffering a heart attack in May 2014.