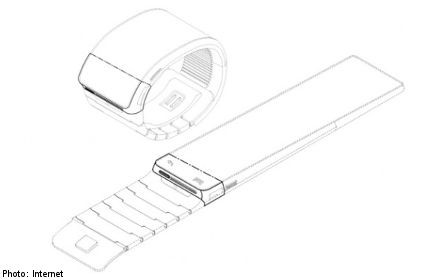 According to Sammobile, the Samsung Galaxy Gear smartwatch (model number assigned to it is SM-V700) is built to act as a companion device for Samsung's Galaxy series of phones. It's not clear at the moment if it will work with Samsung's other series of smartphones, or even the Galaxy tablets.

There is also no conclusive information on what the device will look like, although Sammobile managed to unearth patent files which contain line drawings of the product. It's unclear if the actual product will look like the line drawings, but if it does, it seems like the Galaxy Gear smartwatch would have a curved, or possibly flexible display.

This type of display seems possible, thanks to OLED display technology, which Samsung has also shown off before earlier in the year.