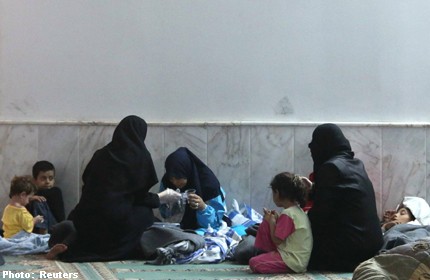 A woman who survived from what activists say is a gas attack vomits as she takes shelter with other civilians inside a mosque in the Duma neighbourhood of Damascus.

"It is time for the Security Council to shoulder its responsibility and overcome differences between its members and restore the confidence of the international community by convening immediately to issue a clear and deterrent resolution that will put an end to this human crisis," Prince Saud said in a statement.